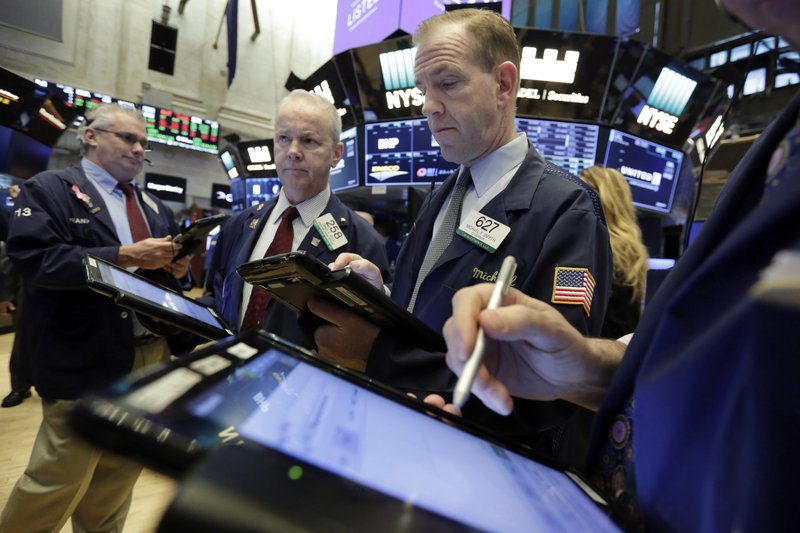 TECH EARNS: Hewlett Packard Enterprise surged $1.73, or 10.5 percent, to $18.14 after it had a strong fiscal first quarter and raised its estimates for the rest of the year. The data center hardware company also said it will increase its quarterly dividend. Its former corporate sibling, printer and PC maker HP, also rose. Its stock gained 99 cents, or 4.6 percent, to $22.38 after its first-quarter earnings and revenue surpassed analyst expectations. Its forecasts for the rest of the year were also better than excepted.

IN GOOD HEALTH: Vertex Pharmaceuticals was among the big gainers in the health care sector. The stock climbed $5.61, or 3.6 percent, to $163.20.

Royal Bank of Scotland lost 33 cents, or 4.2 percent, to $7.61 after it reported its first annual profit in a decade, but warned that 2018′s earnings could be weighed down by a settlement with U.S. authorities. RBS is still majority-owned by U.K. taxpayers and it has struggled to recover from the deep losses incurred during the financial crisis.