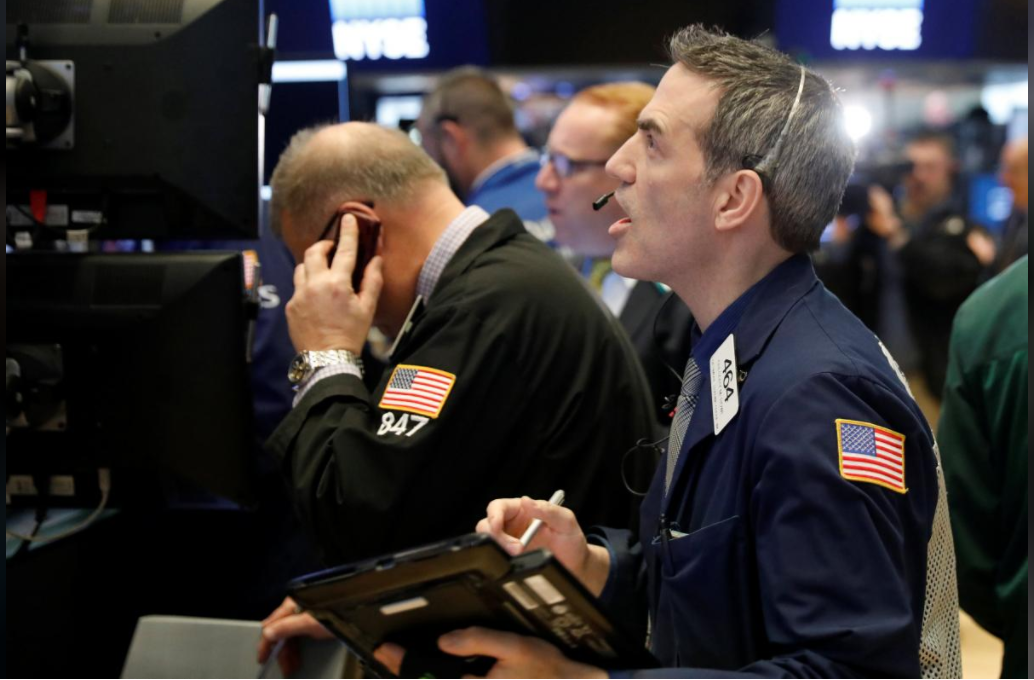 Traders work on the floor of the New York Stock Exchange shortly after the opening bell in New York, US, February 13, 2018. Photo: Reuters/Lucas Jackson

US stocks were on course for their fifth straight day of gains on Thursday, led by technology and industrial stocks and as investors shrugged off concerns over rising inflation.

A Labor Department report showed US producer prices rose in line with expectations in January, likely calming fears that inflation was picking up faster than expected.

“The momentum is being fueled by the realization that earnings season continues to be the best we’ve had since 2009,” said Peter Kenny, senior market strategist at Global Markets Advisory Group, in New York.

“We’re going to continue to see some aftershocks in the market, but they will incrementally become less dramatic over time.”

Apple Inc led the S&P 500 and the Nasdaq with a 2.7 percent rise after Warren Buffett’s Berkshire Hathaway made the iPhone maker its top investment.

Earlier in the session, the market turned negative briefly as the energy sector took a beating from a slide in oil prices.

“We’re stabilized for the moment. The real question was how the market reacted to the CPI and PPI numbers and it seems to have taken higher inflation in stride,” said Brad McMillan, chief investment officer of Commonwealth Financial Network in Waltham, Massachusetts.

Investors also appeared not to be as nervous from a week ago even as US 10-year treasury yields hit a more than four-year peak of 2.944 percent. [US/]

The CBOE Volatility index, also known as Wall Street’s “fear gauge”, rose to 19.57 points, but was well below the 50 point-mark it touched last week.