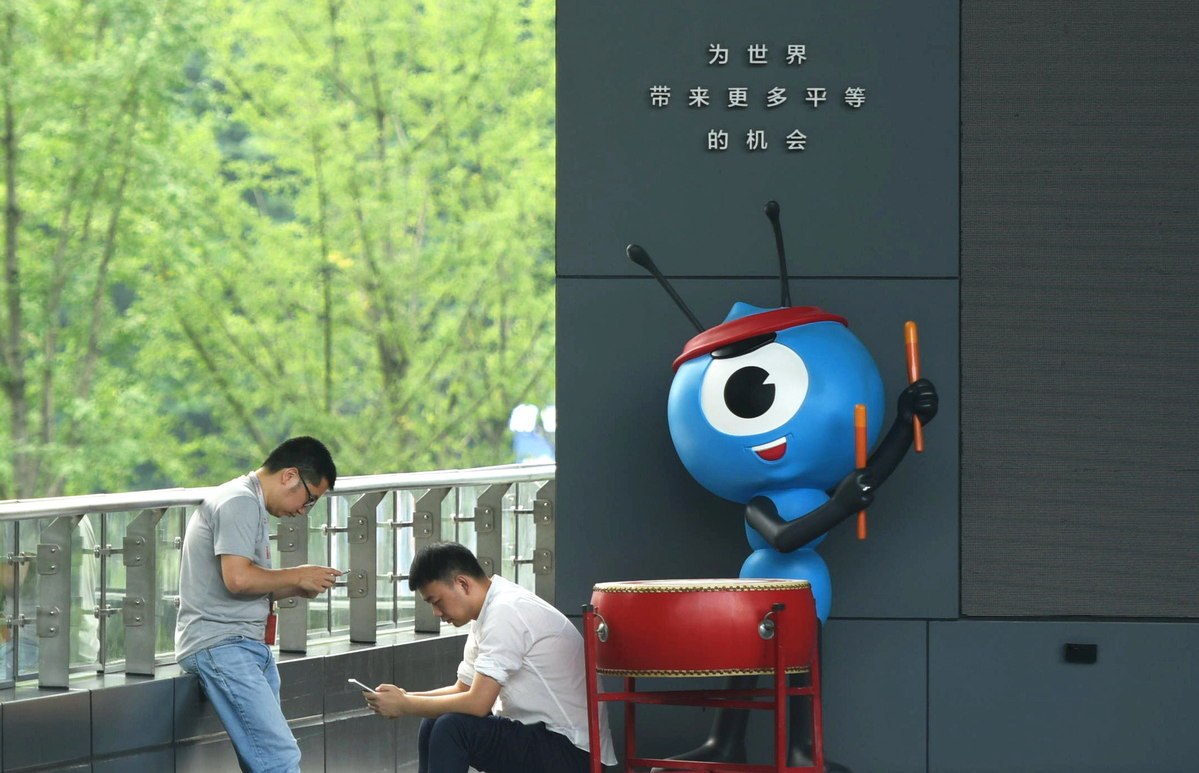 A mascot of Ant Group at the company's headquarters in Hangzhou, Zhejiang province. (Photo: China Daily)

Investment in technology will be the most important job for Ant Group after the company's floating on the stock market, the fintech giant's CEO Hu Xiaoming said at the Inclusion Fintech Conference in Shanghai on Thursday.

It is technology rather than finance that is in Ant Group's genes, said Hu, adding technology is the major driving force for Ant's progress.

Hu also said the company will release the Trusple platform on Friday, which is developed based on Ant Group's blockchain technology. The new platform will function similarly to sponsored transactions launched by digital payment tool Alipay 16 years ago.

The three-day Inclusion Fintech Conference commenced on Thursday, hosted by Ant Group and overlooked by the municipal government of Shanghai.

Ant Group's initial public offering has been approved by the STAR Market listing committee on Sept 18.