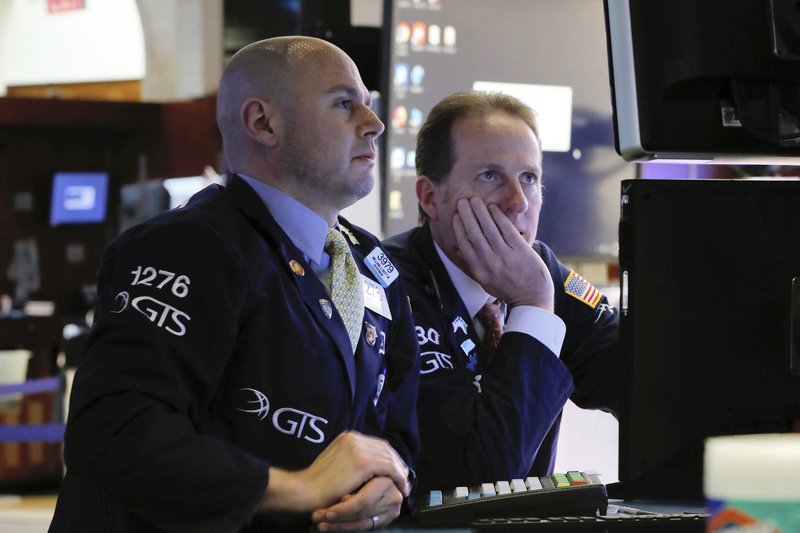 Stocks recovered from an early slide Monday afternoon as gains in technology and media companies outweighed losses in health care firms and elsewhere in the market.

A report showing US factory orders declined in November weighed on stocks earlier in the day. Concerns over slower economic growth overshadowed a mostly positive January for stocks, with solid corporate earnings helping to offset some of those fears. The wide miss on factory orders could mean more volatility for stocks.

The US and China ended two days of talks last week in Washington without a deal. Those involved remained optimistic about future meetings, however. Investors hope a deal is reached before a tariffs cease-fire ends on March 2, raising costs on companies and consumers.

Clorox and Sysco rose after beating Wall Street forecasts for their most recent quarters. The gains helped lift consumer staples. Troubled pizza chain Papa John’s surged on an infusion of $200 million and a new board chairman.

FACTORY FLOP: Orders for new U.S. goods fell in November on lower demand for machinery and electrical equipment. The 0.6 percent drop surprised economists. They had expected a slight increase in orders.

The report is one of many that were delayed by a monthlong government shutdown. The long list of missing indicators makes it difficult to gauge the health of the economy and has prompted a cautious outlook from analysts.

The Commerce Department is expected to release various trade data throughout the week and the Federal Reserve, which was not affected by the partial shutdown of the federal government, will release consumer credit data.

Last week, the Louisville, Kentucky-based company’s stock plunged on reports that Trian Fund Management was no longer interested in a deal. The company also had a weak fourth-quarter. Founder John Schnatter resigned his CEO and chairman positions after a backlash over his comments against NFL protesters and use of a racial slur in a conference call.

PAPER CUTS: The publisher of USA Today and other newspapers rejected a $1.36 billion buyout from a hedge-fund backed media group with a history of taking over newspapers and slashing jobs. MNG Enterprises, better known as Digital First Media, made its unsolicited bid of $12 per share last month.

Digital First has a reputation for stringent, painful cost-cutting. It is one of the biggest U.S. newspaper chains, with about 200 papers and other publications, including The Denver Post and the Boston Herald. Its biggest shareholder is Alden Global Capital LLC, a New York hedge fund that invests in distressed companies.

Gannett’s board said the offer undervalued the company and wasn’t in the best interests of the company or its shareholders. It was a unanimous vote. Gannett’s stock fell 2.9 percent to $10.90.

ENERGY: US crude fell 1.4 percent to $54.50 per barrel in New York. Brent crude, used to price international oils, slipped 0.2 percent to $62.61 per barrel in London. The lower prices follow a round of supply cuts by OPEC in January and more US sanctions against Venezuela.