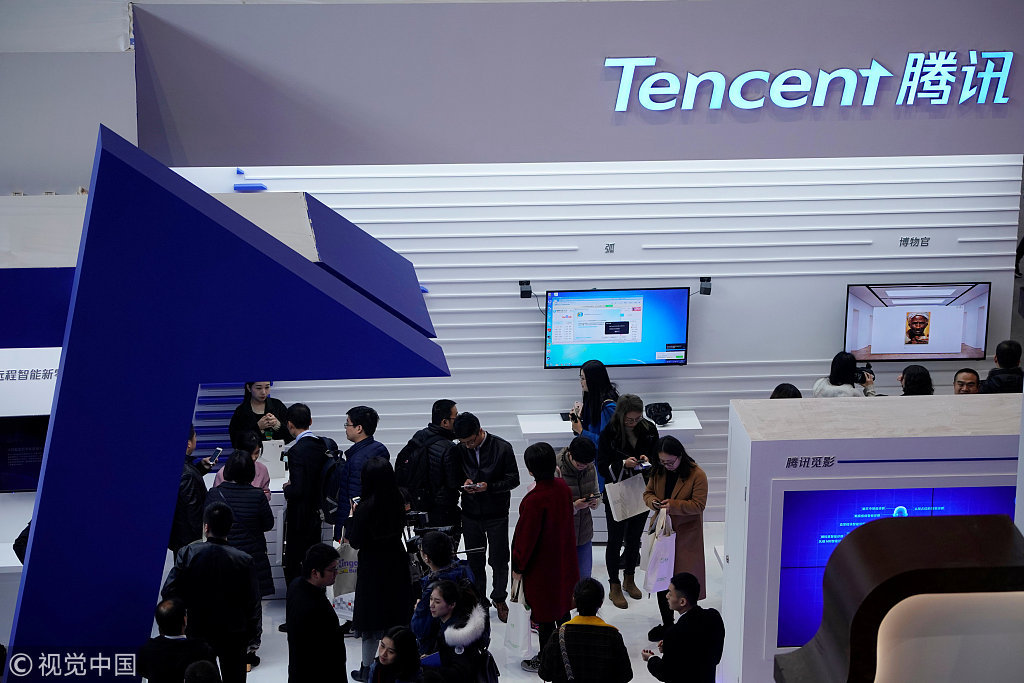 Chinese internet giants Tencent and Alibaba have become two of the top 10 most profitable companies in the country, according to China's latest Fortune 500 list, released on Tuesday.

The list, compiled by Fortune China and CICC Wealth Management, examines the performance and achievements of China's largest listed companies over the past year.

With a background of consumption upgrades, Chinese internet giants are accelerating infiltration into other sectors, recording strong growth in revenue and profits.

Besides some renowned commercial banks and insurance companies, the top 10 most profitable companies also include Tencent and Alibaba. These ten companies generated nearly 40 percent of profits among China's Fortune 500 companies.

Forty-seven companies are newcomers, including iQiyi, an internet service company listed on Nasdaq in March. Last year, iQiyi registered revenue of more than 17.3 billion yuan, and ranked 419th out of the 500 companies.

A total of 55 real estate companies are included in this year's list, ranking first among all industries, as their revenue saw over 19.6 percent growth.

Only 10 companies didn't make profit this year, the lowest number in seven years.