The world gained 437 billionaires last year, more than one billionaire a day, with Pony Ma of Chinese digital giant Tencent becoming the richest Chinese in the world with 295 billion yuan ($47 billion), according to Hurun Global Rich List 2018, a ranking of US dollar billionaires. 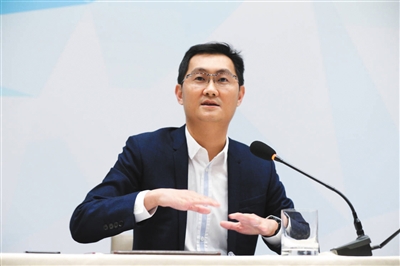 Jack Ma of Alibaba and his family fell by six places to 26th globally with a wealth of 200 billion yuan. He was followed by Yang Huiyan of real estate developer Country Garden Holdings, also with 200 billion yuan.

Wang Jianlin, chairman of Chinese conglomerate Dalian Wanda and his family dropped from the richest Chinese billionaire last year to eighth place and 36th globally with a wealth of 170 billion yuan.

Wang Wei of SF Express and Ding Lei of NetEase were also among the top 10 richest Chinese on the list.