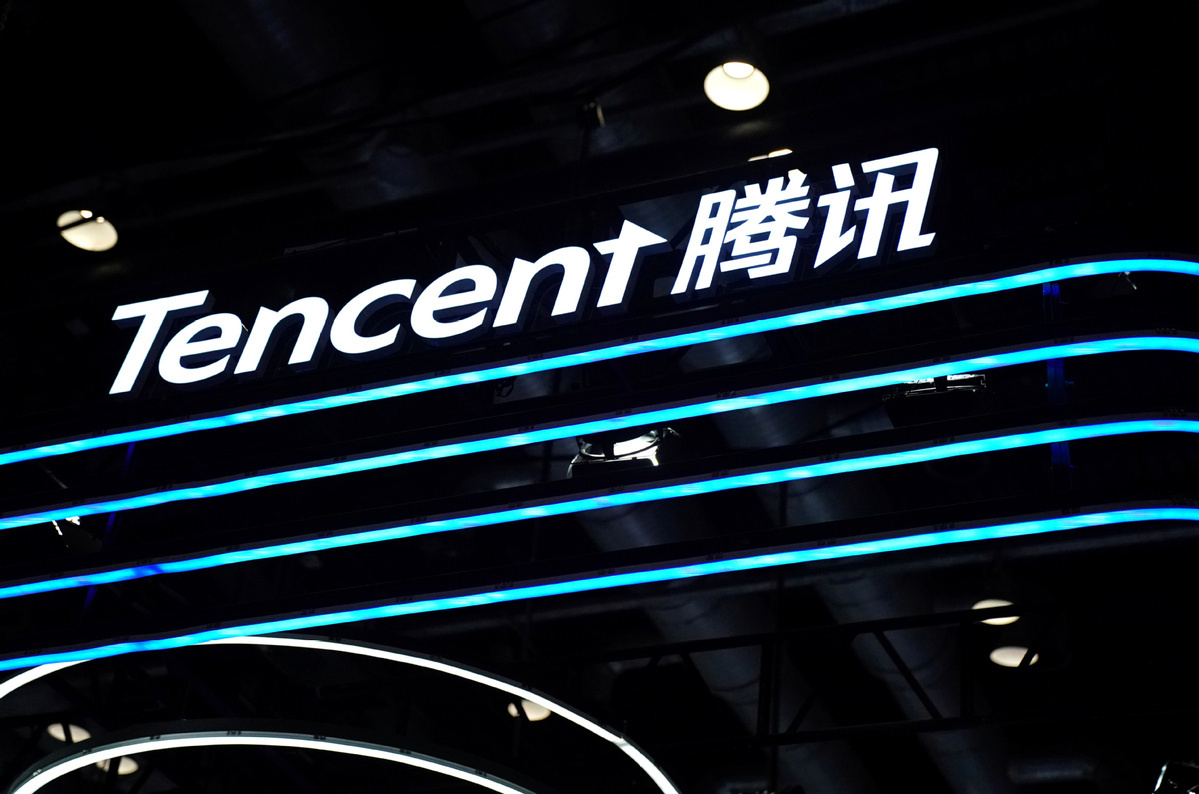 A logo of Tencent is seen at its booth at the 2020 China International Fair for Trade in Services (CIFTIS) in Beijing, September 4, 2020. (Photo: Agencies)

Tencent Holdings Ltd is looking to forge a comprehensive content ecosystem in the next five years that encompasses intellectual property creations, production and distribution of high-quality films, according to a senior company executive.

With fostering indigenous IP as its core, the internet giant is expecting to build a prototype of its own 'content universe', similar to that of Walt Disney's Marvel Studios, said Edward Cheng, vice-president of Tencent.

"We want to integrate the three critical phases in movie production and form a close loop," he told China Daily in an interview. "This is critical to what I call 'new infrastructure construction of contents'".

His remarks came as Tencent hosted the first joint press conference earlier this week among the trio, unveiling the annual pipeline of its film and television works.

Updates on 56 projects were announced, including plans to release an epic film, 1921, to commemorate the centenary anniversary of the founding of the Chinese Communist Party of China, as well as the second season of Qing Yu Nian, a sought-after drama adapted from a namesake popular online novel.

"While the pandemic has savaged the film industry for a certain period of time, the sector's quick bounce back in China is a vote of confidence that people's pursuit for better stories is essential to their mental well-being, "he said.

Known for a wide array of offerings from online gaming and messaging to mobile payment, Tencent has in recent years fortified its cultural focus, a frontier it believes will generate longer-term value and hence get its users more 'hooked'.

Cheng said the coordinated efforts between the three units is the latest exemplification of the ' Neo-Culture Creativity' strategy Tencent launched two years ago, which emphasizes the synergies across different Tencent vehicles spanning gaming, comics and animation, online literature, film and e-sport.

"The continuous generation of creative ideas and making them scalable could incur prohibitive prices for cultural companies," he said. "That's why we aim to leverage resources of different company units to support and expedite the process of IP promotion, production and commercialization."

He likened the ongoing effort to that of Walt Disney Co, which boasts a rather comprehensive and robust chain that incubates, promotes and capitalizes on the IPs. For instance, the Marvel Cinematic Universe, based on long-term deployment on plots and characters, gives rise to not just a successful commercial story but 'shows full respect for user emotion".

Cheng took the helm as CEO of China Literature in April, as the internet conglomerate plans to focus on better commercializing literary content, combining technologies and other business modes under the Tencent umbrella.

During last year's Shanghai Movie Festival, the company said it hoped to be involved in the production and distribution of about 100 movies and TV series in the next three to five years as the internet giant banks on digital technology to bolster what is soon expected to be the world's top movie market.

Efforts include using big data to depict movie viewers' profiles and predict their viewing requirements, as well as leveraging its wealth of social media platforms to promote titles.