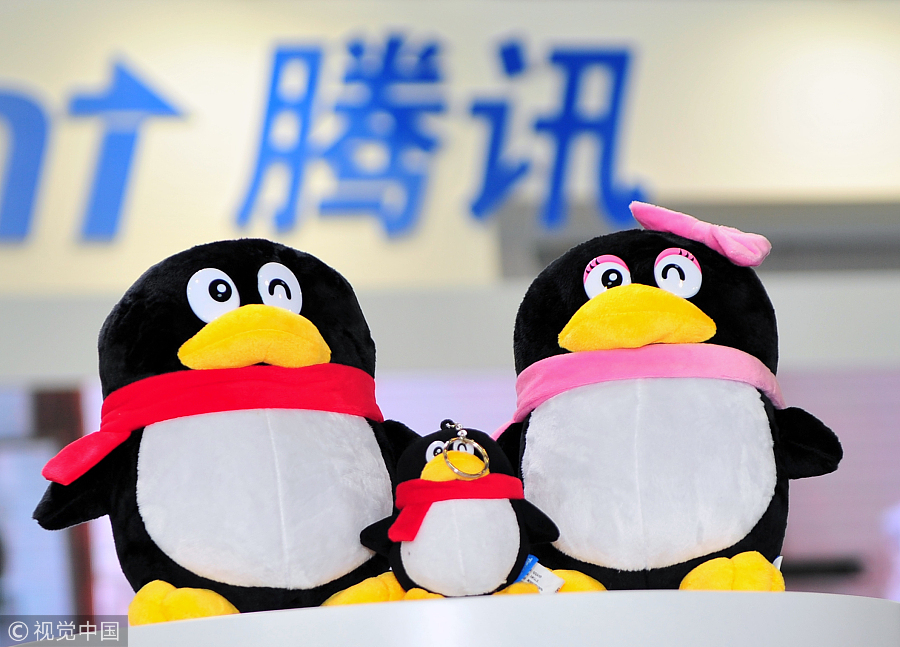 Penguins, Tencent's mascot, on display at the company's stand at an expo in Guangzhou, Guangdong province, on Dec 6, 2016. (Photo/IC)

GUANGZHOU - China's internet giant Tencent announced Wednesday that its net profit increased by 14 percent year-on-year to 20.93 billion yuan ($3.05 billion) in the first quarter of the year.

The company's total revenue came to 85.47 billion yuan in Q1, a rise of 16 percent from the same period last year.

Tencent cloud has served more than 6,000 financial customers in the financial industry, and the number of its cloud partners has reached more than 4,000, according to the company.

The company's social advertising revenue has risen to 13.4 billion yuan, up 25 percent compared with the same period last year, according to its Q1 report.