China's internet giant Tencent on Wednesday posted a 29 percent year-on-year revenue growth in the second quarter (Q2), raking in around 114.88 billion yuan (about 16 billion US dollars). 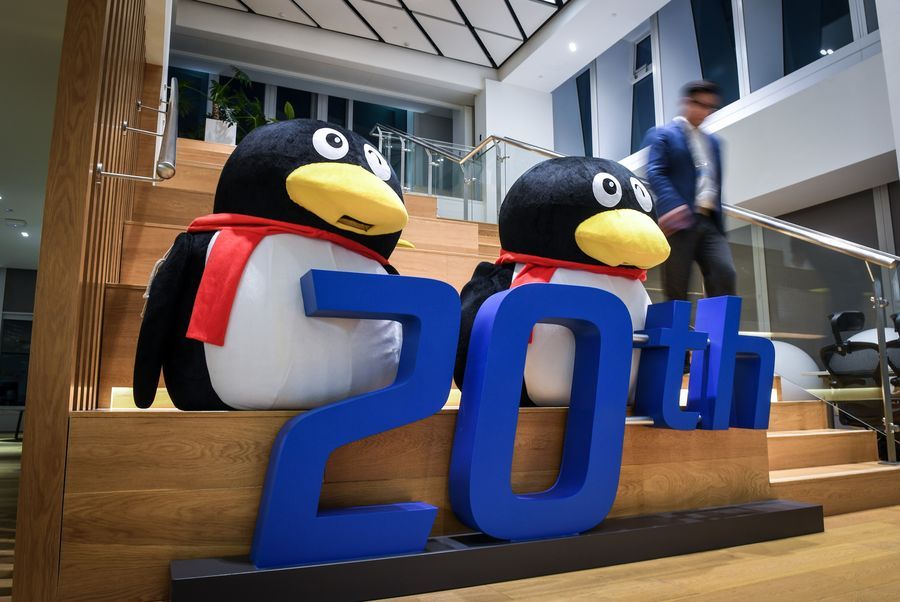 A staff walks past decorations for the 20th anniversary of the founding of Tencent Co., Ltd. at an office building of Tencent in Shenzhen, south China's Guangdong Province, Dec. 3, 2018. [Photo/Xinhua]

The company's revenue from fintech and business services exceeded 29.86 billion yuan in Q2, up by 30 percent from the previous year.

Its social network revenue increased by 29 percent to over 26.71 billion yuan. The combined monthly active users of Weixin and WeChat had exceeded 1.2 billion by June 30, up by 6.5 percent year on year.