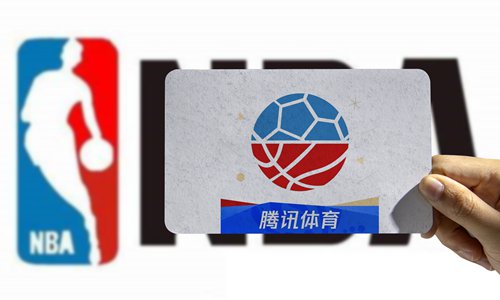 But, in Tencent's latest broadcast schedule, Houston Rockets games are still not included.

"Sports exchanges have always played a positive role in enhancing the friendship between China and the US, but the premise for any communication is mutual respect, whether in China, the US or anywhere else," Geng Shuang, spokesperson of the Foreign Ministry, said on Monday following Tencent's broadcast.

Morey's tweet on October 4 triggered an outcry on Chinese social media. Morey retweeted the slogan of the rioters in Hong Kong: "Fight for freedom, stand with Hong Kong".

Morey deleted the tweet but his action was met with a strong backlash on Chinese social media and from the NBA's Chinese business partners. Many Chinese celebrities issued statements saying they would withdraw from NBA events.

After the Morey fiasco, Tencent and State broadcaster China Central Television (CCTV) announced on October 8 that they would suspend the broadcast arrangements of the NBA China Games.

On July 29, Tencent renewed its contract with NBA for streaming rights in China for another five years, according to media reports. The $1.5 billion contract was triple the value of the initial deal signed in 2015.

Tencent is reevaluating the deal following the Morey fiasco, according to information on the sports channel of qq.com on Monday.

The preseason games that Tencent streamed on Monday included Chicago Bulls vs Toronto Raptors at 6am (Beijing time), and Maccabi Tel Aviv vs Minnesota Timberwolves at 8am (Beijing time).

The two NBA games involving the Houston Rockets on October 17 and 19 are not included in the latest airing timetable of Tencent.

China represents a significant market for the NBA. Last season, about 500 million Chinese citizens watched at least one NBA game, and about 200 NBA employees work in the league's offices in Beijing and Shanghai, according to nbcsports.com.

In 2018, the NBA's China market was valued at up to $4 billion, according to Mark Tatum, deputy commissioner of the NBA.

Chinese basketball fans were paying too much attention to NBA games in the past, comparing to domestic games, which is not normal, Wang Dazhao, a Beijing-based sports commentator, told the Global Times on Monday, adding that to reduce some streaming of NBA games is not necessarily a bad thing.