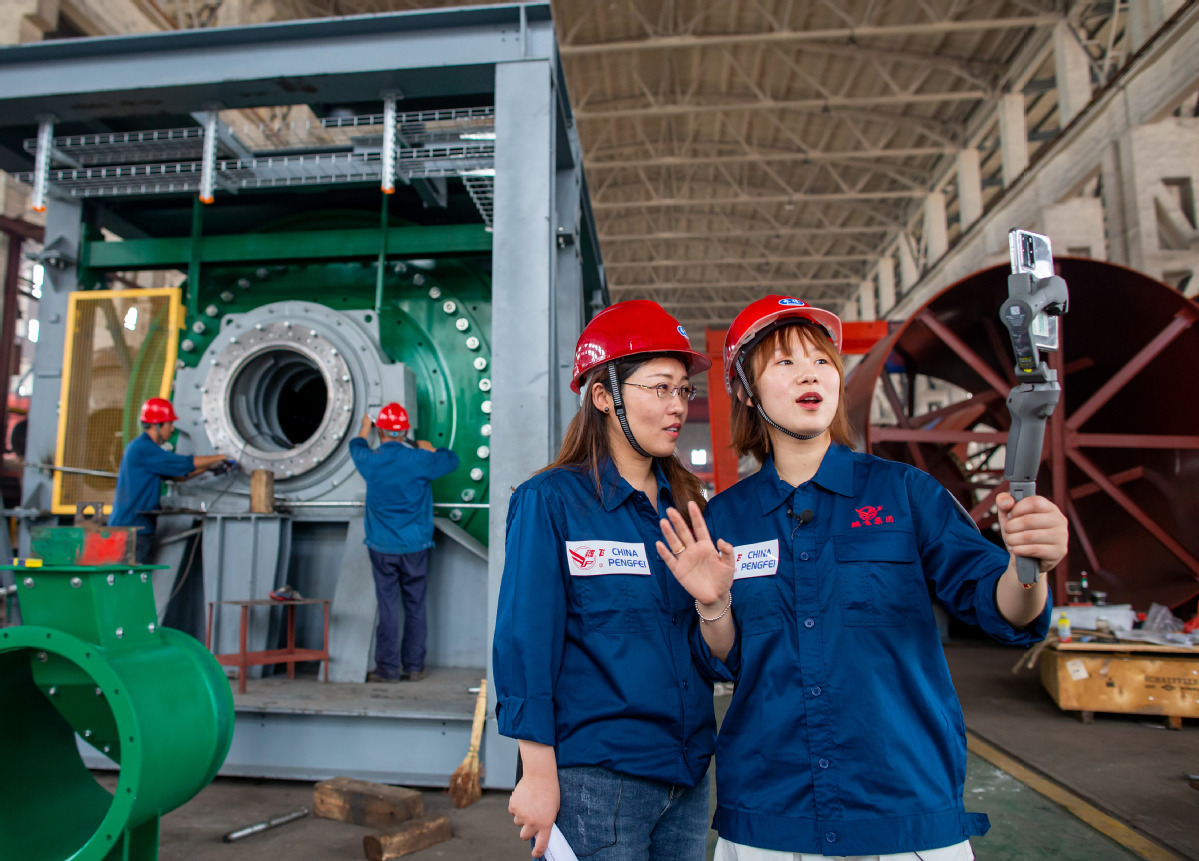 As the sole official technology partner for the digital mega-expo, Tencent's products will support virtual meetings, instant messaging and 24-hour livestreaming among other functions to help exhibitors and buyers alike connect seamlessly even if they cannot meet in person.

"There are mainly five aspects of services: digital infrastructure on which the fair operates, an official website that allows seller-buyer matchmaking, cloud-based product exhibition through vivid formats such as 3D and virtual reality, simultaneous dialogue backed by automatic translation services and distant contract-signing," Yan said.

Yan said the team has conducted extensive and in-depth surveys with both exhibitors and procurers.

"We've picked one to two procurers from each continent that are frequent buyers at the Canton Fair, and we are listening to their needs and suggestions for building an efficient online connection across time zones. The main points they mention drive us to design and improve our services," she added.

Unlike mass livestreaming for consumer products where spectators interact with online hosts in a public commentary system, dialogues between prospective buyers and exhibitors are coded to protect privacy and enhance efficiency.

"The instant messaging tool is backed by simultaneous translation services developed in-house, and virtual meetings allow 300 people to participate in real time, and these can support online contract signings if needed," Yan said.

Tencent Cloud is also partnering with the China Cross-Straits Technology and Projects Fair, which will be held in Fuzhou, Fujian province, between Thursday and Sunday.

"Digital exposition will no longer be a supplementary but a 'musthave', with the accelerated digitalization of the industry set to stabilize foreign trade," said Rita Zeng, vice-president of Tencent Cloud.

At the same time, tech giant Alibaba Group is also doubling down on online exposition by forming a dedicated digital expo company in partnership with Shanghai.

The joint venture between the e-commerce giant and the China Council for the Promotion of International Trade Shanghai will employ a combination of technologies such as 3D, 5G and big data to provide a more online and offline integration of expositions, even as the novel coronavirus is getting controlled in most regions, said Shanghai Vice-Mayor Xu Kunlin.

"The platform can ideally host fairs of any kind. Big data is also being applied to inform users of potential online fairs based on their interests," said Zhu Feng, CEO of Digital Expo, who is also general manager of Alibaba's event marketing department.

Zhu said Digital Expo is poised to provide a solid supplement to offline events and he looks forward to partnering with the China International Import Expo, the country's top import-themed fair.

Participating merchants are cautiously optimistic. Huang Xiaohong, who exports notebooks overseas from Hangzhou, said that while the digital offerings are intended to bring the expo online as effectively as possible, he wasn't sure to what extent he could capitalize on the technology.

"Customers get to have a direct touch and feel of the paper textures at our booth. I am not sure how they can tell subtle differences between our products and those of our competitors by just watching online," he said. "Also, we aren't ready for the online livestreaming game yet."