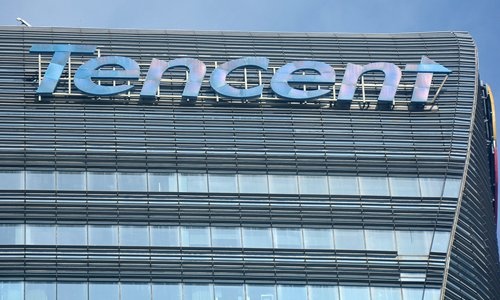 Pony Ma Huateng, founder and CEO of China's largest social media and gaming company, Tencent, said on Wednesday that the company will actively cooperate with Chinese regulators to ensure long-term development, after the company released financial results that showed better than expected growth during the coronavirus pandemic in 2020.

Martin Lau, executive director and president of the company, said that Tencent has always attached great importance to compliance and requirements. The meeting with regulators is voluntary and regular and has been held several times so far, as reported by media.

The main focus in the discussion with regulators was on creating a healthy environment for more innovation in China, according to Lau.

The strategic focus for the fintech business is to work closely with regulators and collaborate with industry partners to deliver compliant and inclusive fintech products, while prioritizing risk management over scale, according to Tencent's 2020 fourth quarter and annual results released on Wednesday.

Sales rose 26 percent year-over-year to 133.7 billion yuan ($20.5 billion) in the last quarter of 2020, beating market forecasts. Online games revenues grew by 29 percent to 39.1 billion yuan, among which international games revenue was 9.8 billion yuan, up 43 percent on a yearly basis. The numbers primarily reflect revenue contributions from its popular smartphone games, including Peacekeeper Elite, Honor of Kings and PUBG Mobile, as the COVID-19 pandemic has boosted consumers' online demand.

Amid China's heightening scrutiny over monopoly practices, market speculation has grown whether Tencent might be the next tech behemoth after Alibaba.

Bloomberg reported earlier this month that Tencent would be required to establish a financial holding company to be in charge of its financial services, including banks, insurance and payments, just as Ant Group, Alibaba Group's fintech offshoot, was required.

Ant Group has underscored its determination for a makeover following interviews with Chinese financial regulators, saying it has been in close consultation with regulators on rectification plans to resolve the issues.

Regulators pointed out at the end of last year an array of major problems with Ant's operations including poor governance mechanisms, weak legal awareness, defiance of regulatory and compliance requirements, and illegal regulatory arbitrage.