California authorities have agreed to allow the reopening of the Tesla's US auto assembly plant in an apparent end to a politically charged standoff. 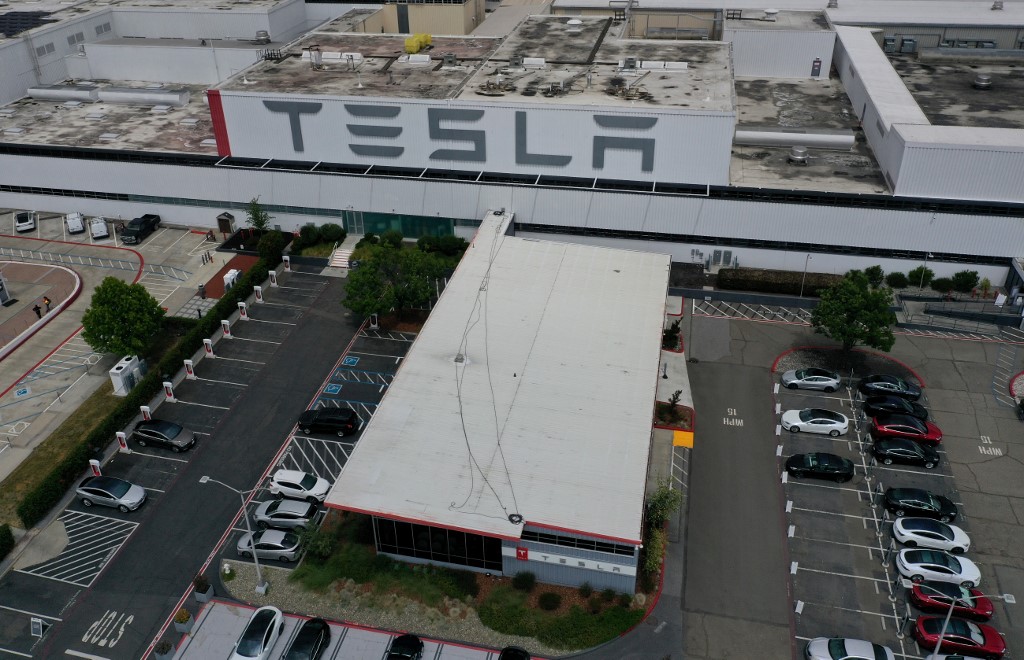 In this file photo taken on May 12, 2020, an aerial view of the Tesla Fremont Factory in Fremont, California. Photo by AFP

Authorities in Alameda County, which includes the city of Fremont, home to the plant, said they had met with Tesla representatives, reviewed the electric carmaker's safety plans for the factory and made some extra recommendations.

"If Tesla's Prevention and Control Plan includes these updates, and the public health indicators remain stable or improve, we have agreed that Tesla can begin to augment their Minimum Business Operations this week in preparation for possible reopening as soon as next week," the county health agency said.

Musk said Monday the company was resuming production, defying authorities and escalating a feud over the Pacific state's pandemic shutdown.

"I will be on the line with everyone else," Musk tweeted. "If anyone is arrested, I ask that it only be me."

Musk's move comes amid rising disputes over the pace of easing the lockdowns imposed by states to contain the deadly coronavirus outbreak.

The new statement from the county said police in Fremont would be on hand to verify that Tesla is observing social distancing and that other agreed upon safety measures for workers are being upheld.

Musk has been raging on Twitter for days about his unsuccessful efforts to restart production, claiming the ban violates "our Constitutional freedoms & just plain common sense!"

His efforts drew the attention of others seeking a swifter resumption of economic activity, including US President Donald Trump, who tweeted his support for quick reopening.

"California should let Tesla & @elonmusk open the plant, NOW. It can be done Fast & Safely!" Trump said in a tweet Tuesday.

The US administration is pushing a reopening of the world's largest economy, battered by weeks of lockdown, even as the daily death toll has generally been rising by 1,000 to 2,500 in recent weeks.

Over the weekend, Musk threatened to move Tesla's headquarters and factory out of California as a result of the standoff.

He had complained that as Tesla was blocked from reopening, the Big Three auto manufacturers were already stepping up to resume production.

Tesla has said it would reopen with new health and safety measures including separation of workstations and regular employee temperature checks.

A CNBC report said the Fremont factory's workers would not be required to return to the job but would no longer be eligible for unemployment benefits if they remained at home.