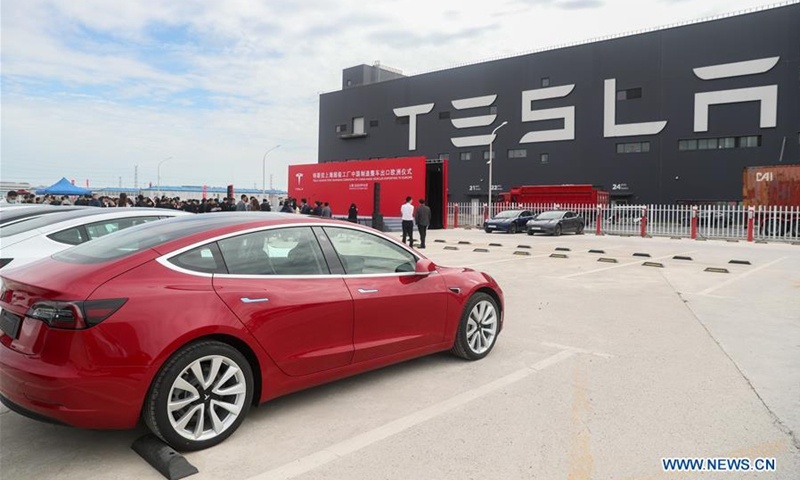 Tesla China has filed to China's market regulator to recall a total of 734 imported Model 3 vehicles over quality issues, according to a document published on the website of State Administration for Market Regulation (SAMR) on Thursday.

Cars that are included in the recall include some imported Model 3 vehicles produced from January 12, 2019 to November 20, 2019, totaling 311 units.

During the assembly process of some vehicles within the scope of this recall, the screws that fix the D-ring on the B-pillar at the top of the front seat belt may not be tightened to the standard torque. When a vehicle is in a collision, if the screws fall off in extreme cases, the seat belt will not function as intended, adding the risk of occupants being injured, the document stated.

Additionally, some imported Model 3 vehicles produced from February 2, 2019 to November 20, 2019, totaling 423 units, also fell into the recall scope over risk of loose bolts. Some brake caliper bolts may not have been tightened to the standard torque, and the bolts may loosen over time. In extreme cases, should the bolt becomes loose enough or comes out of the steering knuckle, the wheel may not be able to rotate freely, and, the tire may lose pressure.

A Tesla services representative told the Global Times on Thursday that the list of Model 3 vehicles that should be recalled has not been issued to the public yet, and owners of imported Model 3s do not need to worry at the moment since no accident stemmed from aforementioned risks is reported.

Along with the recall in China, Tesla is recalling 5,974 of its electric vehicles (EV) in the US market over concerns that their brake caliper bolts might loosen, according to documents by the National Highway Traffic Safety Administration.

This wave of recall followed one in February that involved 36,126 Model S and Model X vehicles in China and 134,951 cars in the US.

Shares of Tesla closed down 3.01 percent on Wednesday.