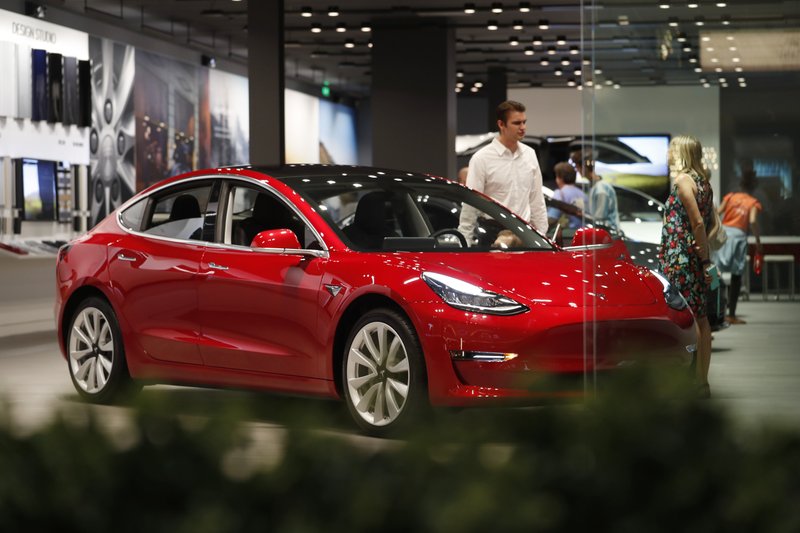 The company said in a statement before the markets opened that it delivered over 245,000 electric cars and SUVs last year, nearly as many as all previous years combined.

But Tesla also said it would cut prices of its three models by $2,000 to help customers handle the gradual phase-out of federal electric vehicle tax credits. On Jan. 1 the federal credit for Tesla buyers dropped from $7,500 to $3,750. It will gradually be phased out this year.

The company’s deliveries for the full year matched Wall Street estimates, but its figures for the fourth quarter didn’t reach expectations. Tesla said it delivered 90,700 vehicles from October through December. Analysts polled by data provider FactSet expected 92,000. Tesla said fourth-quarter deliveries were 8 percent higher than its previous quarterly peak in the third quarter of 2018.

The company now is moving into an important phase of its business and will have to decide whether to cut production to match what appears to be waning demand, or discount its vehicles to stimulate sales like other automakers do, Gartner analyst Michael Ramsey said.

“They have for a long time had more demand than supply,” Ramsey said. “It’s becoming apparent that that dynamic is changing.”

Tesla will try to disguise the price cuts with the disappearing tax credit or discounts for buyers who refer other customers to Tesla, Ramsey said. “The cars are quite expensive and they’re still electric vehicles. They don’t appeal to everybody,” he said, adding that not everyone is interested in the limited range or having to pay extra for a home charging unit.

For the full year, Tesla said it produced 254,530 vehicles, which is 9,290 more than it delivered. The company wouldn’t say how many vehicles it had in inventory at the end of the year, but it reported enough to supply 20 days of sales at the end of September.

“Our inventory levels remain the smallest in the automotive industry,” the company said Wednesday.

In late December, The Associated Press spotted dozens of Teslas stored in a lot on Chicago’s north side, and Mark Spiegel, a hedge fund manager who bets against Tesla’s stock price, reported hundreds of vehicles stored at other locations across the US.

Tesla’s 2018 production fell far short of a goal set nearly three years ago of manufacturing 500,000 vehicles for the year. That goal was announced in May of 2016 based on advance orders for the Model 3.

It’s not clear how the delivery figures will affect Tesla’s fourth-quarter and full-year 2018 earnings, which likely will be announced in February. Ramsey said the company’s stock price rose despite past losses because investors always thought Tesla had to spend money to increase production to meet high demand. If demand fades, then well-documented financial problems such as high debt “start to become very, very serious,” Ramsey said.

In the third quarter of 2018, Tesla delivered on CEO Elon Musk’s promise to make a net profit after years of losses. The company earned $311.5 million during the three months ending in September, swinging from a loss of $619 million at the same time last year.

It was only the third time that Tesla has posted a quarterly profit in its eight-year history as a public company and the first time in two years. Musk has promised to post sustained quarterly profits.

As of the end of September, the company reported $9.7 billion in long-term debt and another $3.6 billion in accounts payable owed to parts suppliers and other companies. Tesla ended September with $2.9 billion in cash.

Moody’s Investor Service downgraded the company’s debt into junk territory last March, warning that Tesla won’t have cash to cover $3.7 billion for normal operations, capital expenses and debt that comes due early this year. Moody’s predicted the company would have to raise more capital.