Tesla Inc. was hit by a lawsuit over CEO Elon Musk's social media posts including his Twitter poll on stock sales that pulled down its stock prices. 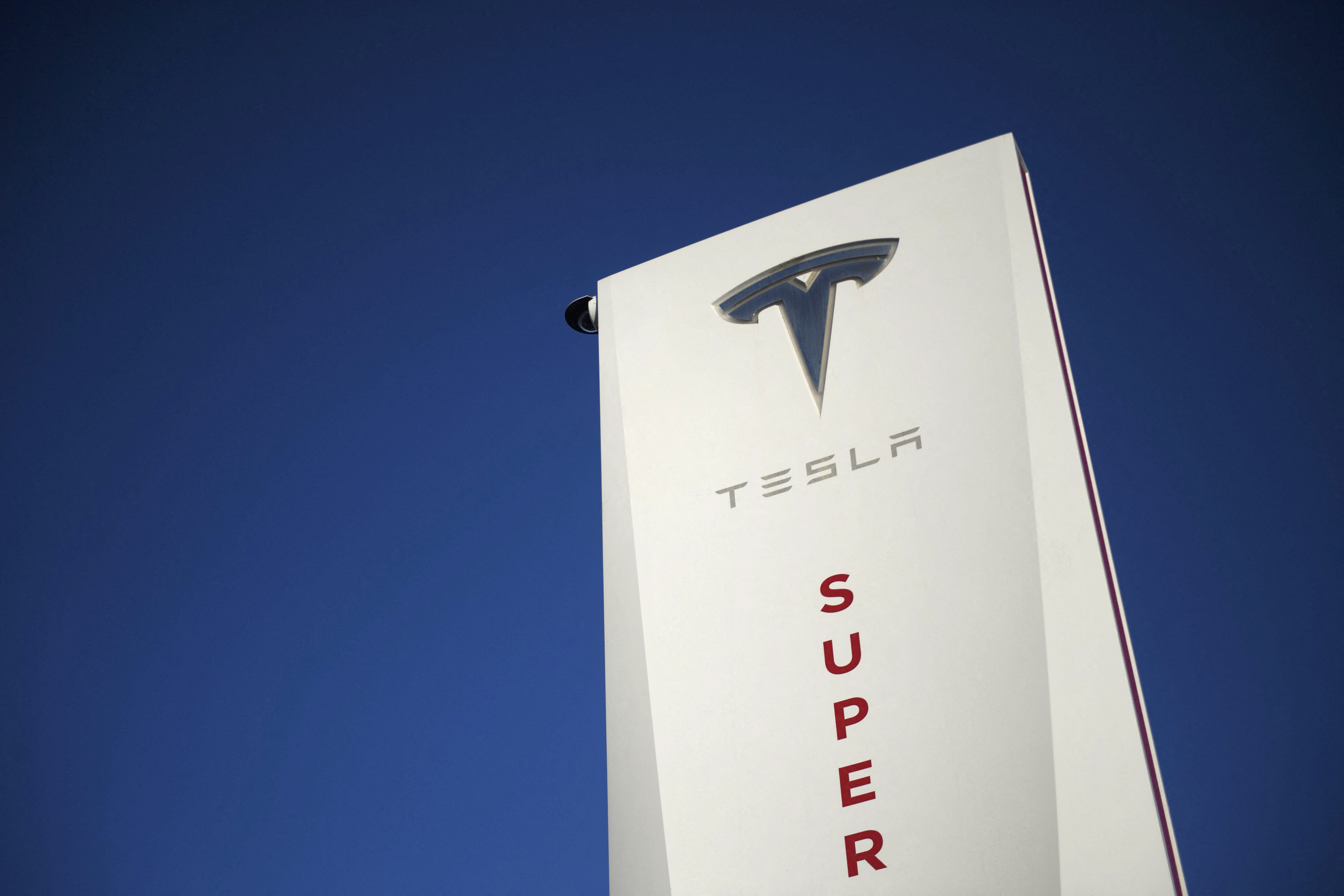 In this file photo taken on January 04, 2021 a Tesla logo is seen on signage at a Tesla Inc. supercharger station in California, US.

Tesla investor David Wagner called for access to internal documents to investigate whether Tesla and Musk violated an agreement with the US securities regulator and its board members failed to adhere to their fiduciary duties.

In 2018, Musk settled a lawsuit by the Securities and Exchange Commission over his tweet on taking the company private, agreeing to have the company's lawyers pre-approve tweets with material information about the company.

Tesla shares, which had hovered near record highs, lost their value by about a quarter after Musk said on November 6 he would sell 10 percent of his stake if Twitter users agreed. He has since sold nearly $14 billion worth of shares.

The lawsuit, filed with the Delaware Court of Chancery on Thursday, seeks to obtain records and books related to his tweets, including documents to identify whether the stock sales tweets were reviewed or pre-approved in advance.

In March, another shareholder sued Musk and the Tesla board, accusing him of violating his 2018 settlement with the SEC and exposing shareholders to billions of dollars of losses.