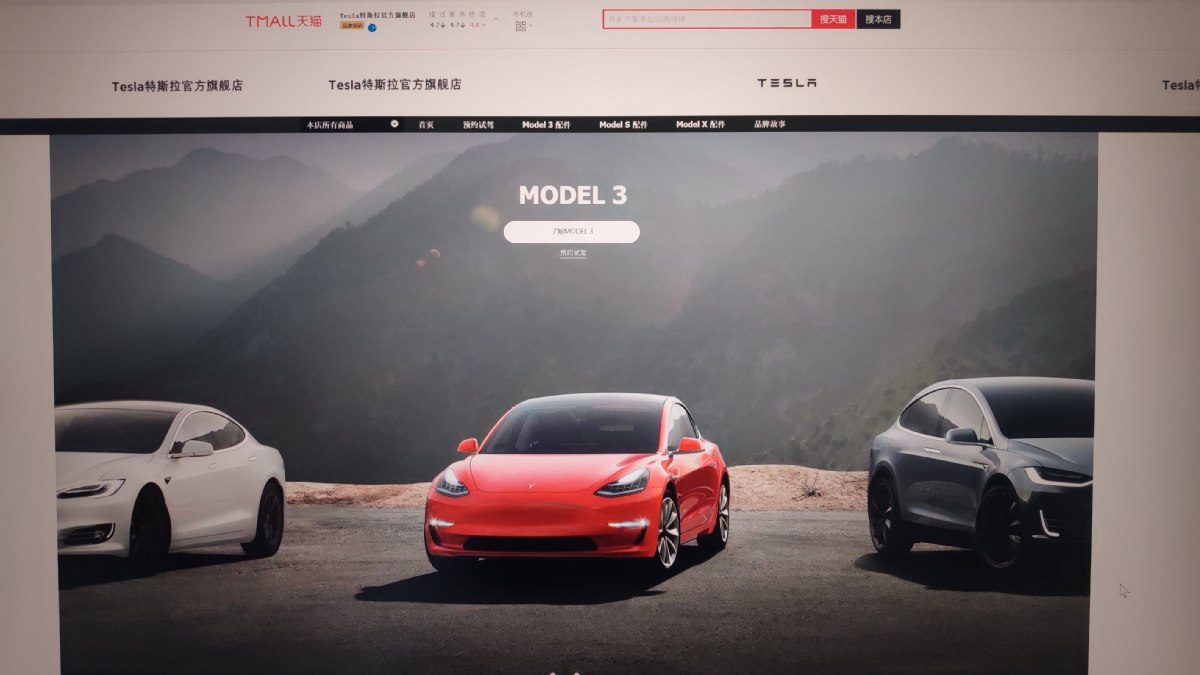 Tesla Inc opened its official virtual store on China's Tmall site on Thursday, a fresh sign of a deepened footprint in the country following the rollout of the locally made Model 3.

Consumers of Tmall, the business-to-consumer arm of e-commerce giant Alibaba Group, stand to reserve test drives of Tesla's Model S, Model X and Model 3 vehicles via the site, and purchase an array of accessories including physical keys for Model 3 and home-use battery chargers, Tmall said in a press release.

To ride the country's thriving livestreaming boom, Tesla will debut an eight-day online broadcast session starting April 21, during which the electronic carmaker is expected to dish out mini car models for children, 48 hours of test-driving rights for the Model 3, as well as coupons for free charging services.

The US electric automaker sold 10,160 cars in China in March, its highest-ever monthly sales in the world's largest auto market, according to latest figures from the China Passenger Car Association.

Cui Dongshu, CPCA secretary-general, told a briefing earlier this month that Tesla sold around 30 percent of all battery electric vehicles sold in China. The company aims to produce 150,000 Model 3 sedans from its $2 billion Shanghai factory.