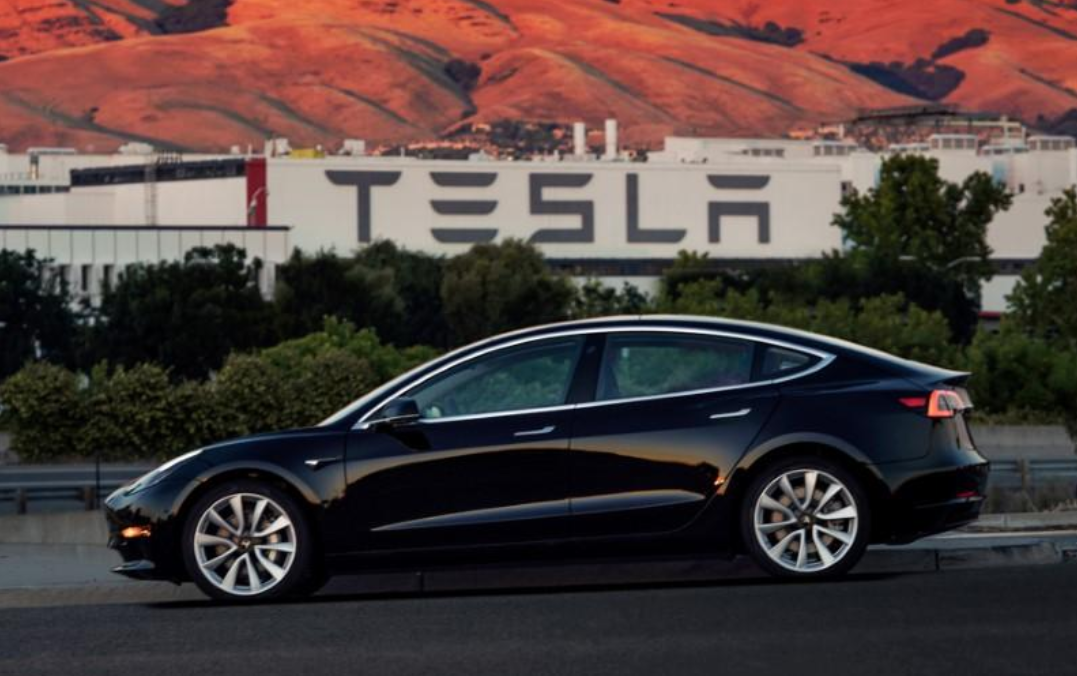 First production model of Tesla Model 3 out the assembly line in Fremont, California , US is seen in this undated handout photo from Tesla Motors obtained by Reuters July 10, 2017 (Photo: Reuters)

Tesla Inc shares fell as much as 2 percent in premarket trading on Tuesday, a temporary halt in production of its Model 3 sedan adding to nerves about the electric car maker’s consistent failure to keep its promises on vehicle output.

Model 3, the most affordable sedan from Tesla, is seen as crucial to the company’s future profitability, but has so far missed several production goals.

The car maker said the halt - the second since February - was to improve automation and systematically address bottlenecks to increase production, a regular move by car companies.

“While temporary suspensions to production, in order to improve manufacturing engineering/line rates, are not uncommon in the auto industry, particularly during a ramp-up, we believe that the news will once more be taken negatively by the market; providing more honey to the bears,” Evercore ISI analysts said.

Tesla’s use of robots to assemble Model 3s had led to more complexity and delays, which billionaire Chief Executive Elon Musk acknowledged on Friday in a tweet: “Excessive automation at Tesla was a mistake. To be precise, my mistake. Humans are underrated.”

According to Bernstein analysts, Tesla has not only automated stamping, painting and welding like most other manufacturers, but also tried to automate final assembly. This is where the US electric car maker seems to be facing problems.

“Tesla’s been trying to run full tilt,” said Chaim Siegel, an analyst at Elazar Advisors. “He’s (Musk is) sleeping overnight on the production floor. I don’t think there is any way they’d purposely want to slow production. It tells me something’s not quite right,”

Model 3 production fell short of the weekly target of 2,500 at the end of the first quarter and a number of Wall Street analysts say they do not believe it will succeed in producing 5,000 Model 3s per week in the second quarter, as Musk has promised.

“I can’ t imagine that Tesla can reach an output of 5,000 cars per week until the end of June,” said Frank Schwope, an analyst with NORD/LB. “I expect that Tesla is going to fail (in) their aims for this year, as they did so often.”