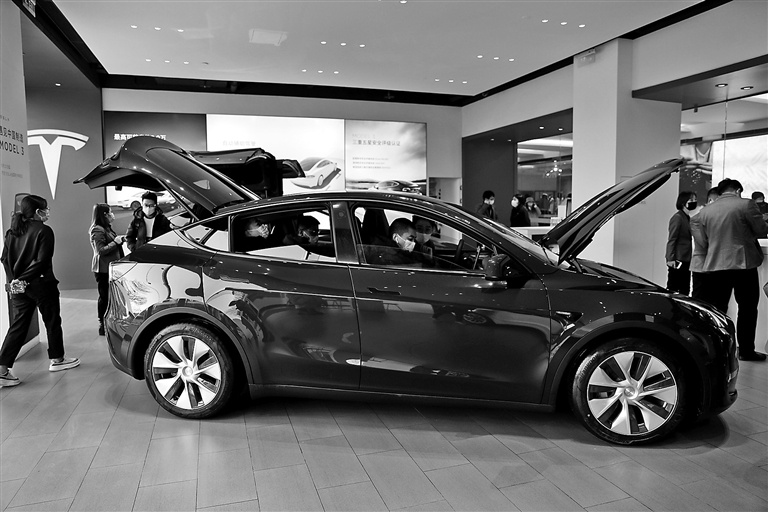 TESLA Inc. customers in China wanting to get the new locally made Model Y are facing a longer wait, signaling strong initial demand for the Shanghai-built sport utility vehicle (SUV).

A basic version of the electric vehicle purchased now will be delivered in the second quarter this year and a performance variant in the third quarter, Tesla’s website showed.

When Tesla announced the price last week and started sales, it said deliveries would take place this month.

A strong start for the SUV would be a boon for Tesla as it seeks to maintain its lead in the premium segment over rivals such as Nio Inc. Tesla chief executive officer Elon Musk has said the Model Y has the potential to outsell all other vehicles it makes, and the company set the car’s price below some other marques to keep a competitive edge.

“Based on the order intake and our production plan, we have adjusted the Model Y delivery time of latest orders to the second quarter,” a Tesla representative said Thursday.

China is Tesla’s largest market after the United States and analysts are predicting the nation will account for a bigger slice of its sales and earnings going forward. The company regularly topped monthly premium electric-car sales tallies in 2020, helped by the vehicles coming out of its multibillion-dollar Shanghai plant that was launched about a year ago.