Elon Musk is poised to keep his promise of producing China-made Tesla cars within the same year the Shanghai plant broke ground after Chinese regulators gave the company go-ahead for mass production on Wednesday. 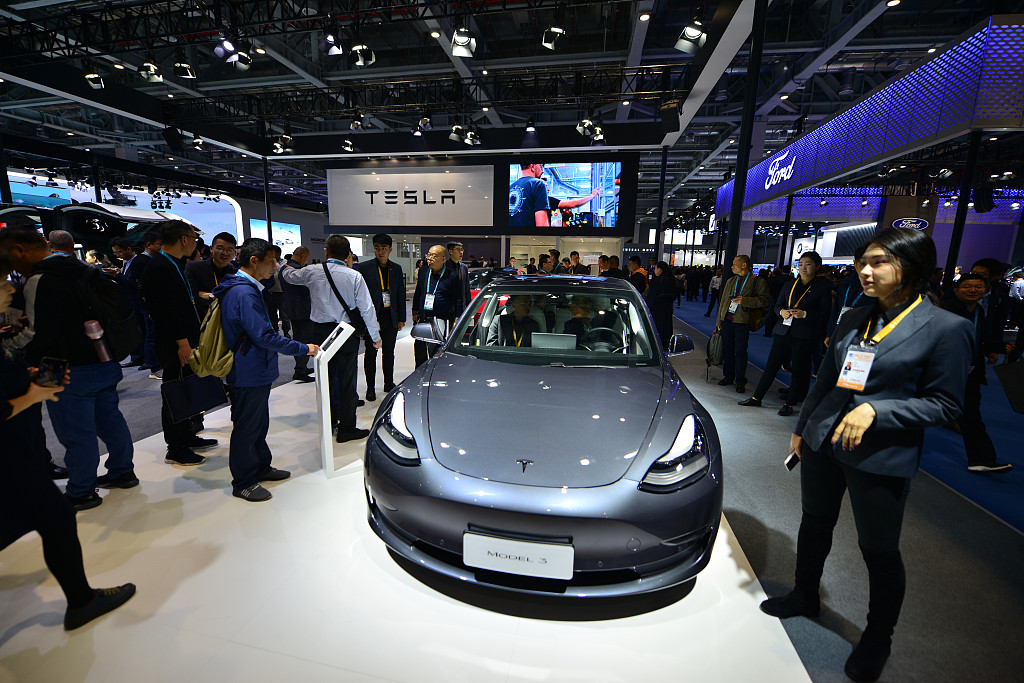 Car models of Tesla were displayed at the second CIIE in east China's Shanghai on November 7. (Photo: VCG)

It is estimated that about 17,400 Model 3 cars will be assembled before the year's end.

The US all-electric carmaker has obtained a mass production license from China's Ministry of Industry and Information Technology, according to a statement posted on the ministry's website on Wednesday.

An employee in the PR department of Tesla in Shanghai confirmed the news to the Global Times.

At the end of October, Tesla Global Vice President Tao Lin said that the Shanghai factory is ready for production and sales will begin after its gets product certification and government approval. The company has conducted trial production at the plant.

According to information obtained by the Global Times, the estimated weekly output will be 2,900 units at the phase-1 factory complex. So with six weeks left in the year, the factory could make 17,400 of the Model 3.

In the second week of this year, Musk commissioned the $2 billion plant. He said at the time that Tesla aimed to finish initial construction by the summer and start production at the end of this year. Now that it has gained the license, Tesla is six weeks ahead of schedule.

The plant is Tesla's first car factory outside the US. It could boost sales in the world's biggest auto market and avoid higher import tariffs imposed on US cars amid a prolonged trade war.

The factory is also China's first fully foreign-owned car plant as the country further opens up its car market.

Tesla was added to a government list of approved vehicle producers in mid-October. The company is also hiring a wide range of posts from sales representatives to interns to augment its local talents pool.