BUSINESS Tesla's May sales in China up 88% from April, but regaining consumer confidence is hard

Tesla's May sales in China up 88% from April, but regaining consumer confidence is hard 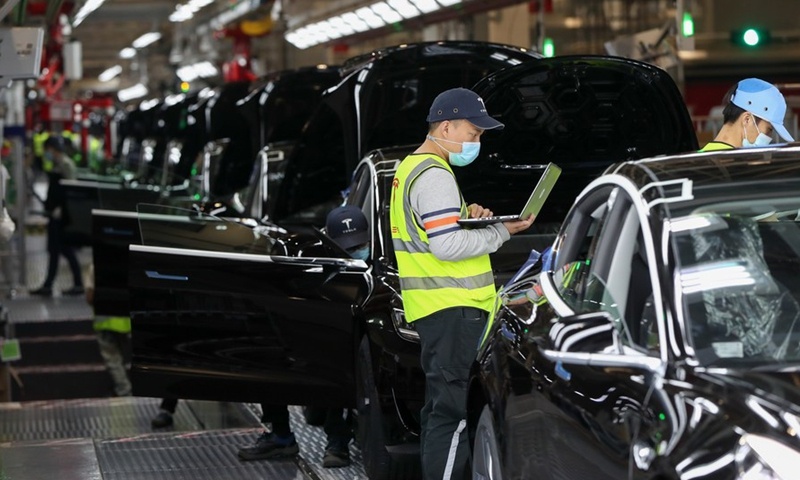 Tesla's sales in China are bouncing back. In May, the US-based electric automaker sold 21,936 vehicles in China, jumping 88 percent from April, according to data released by the China Passenger Car Association (CPCA) on Tuesday.

That marks a V-shaped rebound since Tesla encountered a public relations crisis involving its car quality in China, one of its crucial markets. In April, Tesla's sales in the Chinese market tumbled 67 percent month-on-month to 11,671 units from March, according to data from CPCA.

"Tesla's marketing strategy in recent days may have worked to some extent. Also, some previously placed orders were delivered in May, which partly fueled the rebound," Shanghai-based independent car analyst Feng Shijming told the Global Times on Tuesday.

But Feng stressed that the sales leap in May doesn't necessarily mean the company has regained Chinese customers' confidence. Analysts suggested that the sales in May don't give a full picture of the real impact of the PR crisis.

There is still a distance between its sales in May and those in March. The company's sales in the coming months still hinge on how it navigates the PR crisis, and how it properly settles rising quality complaints from Chinese users, according to industry observers.

"Restoring consumer confidence will take time. It is highly likely that its sales in China will fluctuate for a while, but it won't be able to return to the pre-crisis model of explosive growth in the country. It will be hard to see a single-month sales figure for Tesla climbing above 30,000 units," Feng said, while also taking note of the US electric carmaker's product competitiveness.

China is Tesla's second-biggest market after the US, generating about one-third of the brand's total revenue in the first quarter.