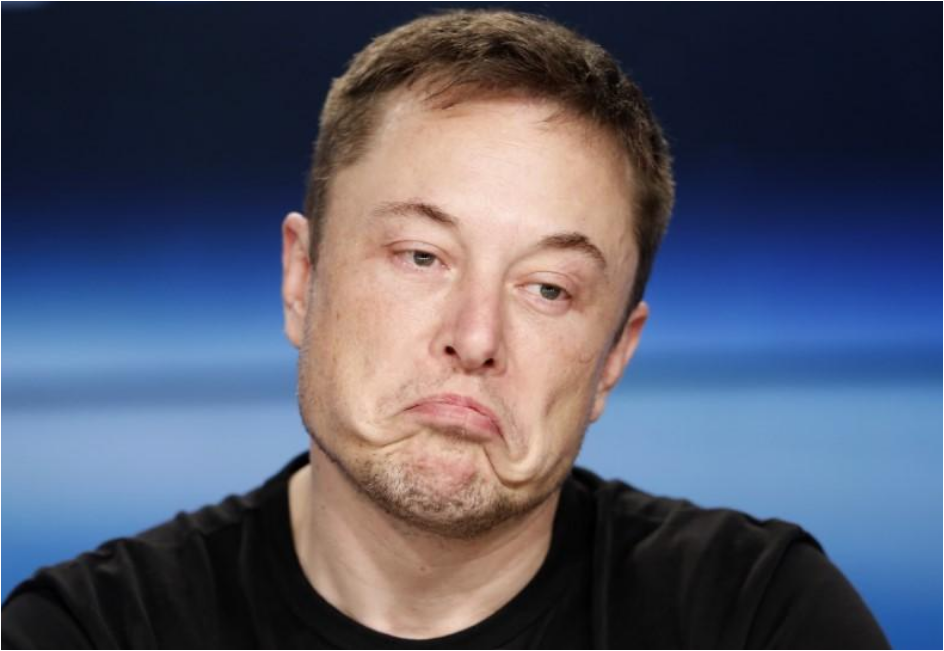 Tesla Inc Chief Executive Officer Elon Musk acknowledged on Friday that it was “foolish” of him to snub analysts on a conference call earlier in the week, but further needled Wall Street with a series of accusatory tweets.

In a post-earnings call on Wednesday, Musk refused to answer questions from analysts on the electric vehicle maker’s capital requirements, saying “boring, bonehead questions are not cool,” before turning questions over to a little known investor who runs HyperChange, a YouTube investment channel.

The outspoken performance shocked many analysts, sparked a fall in Tesla’s share price and led some to question whether Musk’s behavior could risk the company’s ability to raise capital.

In early-morning tweets on Friday, Musk said the two analysts he cut off - RBC Capital Markets’ Joseph Spak and Bernstein’s Toni Sacconaghi - “were trying to justify their Tesla short thesis.” ‘Shorting’ means they were betting the stock would fall, but the two have ‘hold’ or ‘neutral’ ratings on the stock, according to Thomson Reuters data.

“I should have answered their questions live. It was foolish of me to ignore them,” Musk tweeted.

The two analysts were not immediately available for a comment.

The spat comes at a crunch time for Tesla, when it is struggling to ramp up production of its Model 3 sedan, on which its profitability depends. It is trying to build 5,000 of the vehicles per week by the end of June and overcome manufacturing hurdles that have delayed its rollout.

Although Musk has insisted the company neither needs nor wants new funding, many believe the company will seek to raise more capital by the end of 2018.

Tesla’s stock recovered a little on Friday, up 2.4 percent at $291 in early afternoon trade. But short sellers, who shorted nearly 400,000 shares on Thursday, doubled that amount on Friday, according to financial analytics firm S3 Partners.

“Musk’s meltdown will change Tesla’s ability to raise capital when he needs it with a sector of investors,” said Eric Schiffer, chief executive of the Patriarch Organization, a Los Angeles-based private-equity firm.

“At this critical point, he needs to reinforce confidence, not raise a narrative of him as unstable and whose rational side is lost in space,” said Schiffer, who does not hold Tesla shares.

Jefferies analyst Philippe Houchois said the underlying business fundamentals were more important in any capital raise, although “management credibility” was also a factor.

“That has an impact but it’s not something that will prevent them from raising capital,” Houchois said.

Nord LB analyst Frank Schwope said that Musk’s refusal to answer questions or receive criticism was “not very clever” but added that his ability to find new money was still intact.

"The 'dry' questions were not asked by investors, but rather by two sell-side analysts who were trying to justify their Tesla short thesis. They are actually on the *opposite* side of investors," Musk tweeted on Friday.

“HyperChange represented actual investors, so I switched to them,” he wrote. On the call, he devoted 23 minutes to 25-year-old Tesla investor, Galileo Russell, who runs HyperChange TV.

At least three brokerages cut price targets on the stock following the call.

Sacconaghi, one of the rebuffed analysts, wrote: “We do worry that such theatrics will unnecessarily undermine investor confidence in Tesla’s outlook.”

Sacconaghi has a price target of $265 on Tesla’s stock and Spak lowered his target to $280 from $305 on Thursday. Tesla’s median Wall Street price target is $317.