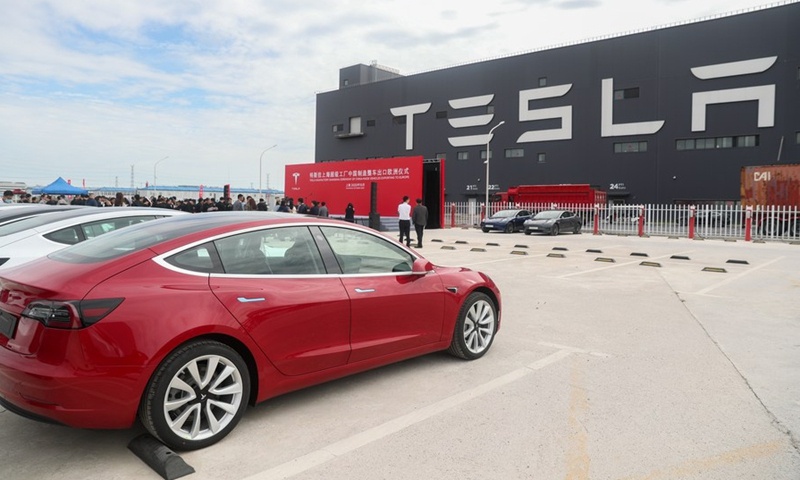 Tesla's car sales in China in August and September is expected to grow and may set a new monthly record of over 30,000 units, despite the carmaker's sluggish July sale, according to industry insiders.

Last month, Tesla sales in Chinese market plunged 69 percent to 8,621 vehicles, from 28,138 in June, according to the China Passenger Car Association. The poor performance has drawn attention from the industry and media about whether Chinese market will give way to other markets such as Europe.

Others claim that a series of Tesla car accidents in China may contributed to broad public concerns about Tesla quality.

"Tesla's sales drop in the Chinese market was because it needs to ensure adequate supplies abroad where the demand was huge," Cui Dongshu, secretary-general of the China Passenger Car Association, told the Global Times on Wednesday, noting that Tesla needs to balance demand from both China and overseas in order to maximize global sales volume.

In addition to supplying products to China, Tesla's Shanghai Gigafactory is also responsible for the production for other markets including Japan and Australia.

In the second quarter of this year alone, Tesla exported 31,000 vehicles to China, open data shows.

Due to the large demand in the US market, the construction of Tesla's Berlin factory has been delayed, leading to demand and supply in the European market faced with challenges, according to media reports.

Tesla has defined the Shanghai factory as its main automobile export center, which will buttress supply for the European market.

But that does not mean the Chinese market is less significant to the company, which remains their most important market in the world, said Cui.

"Sales in China are expected to rebound sharply in August, greatly exceeding that of July, and could reach a record 30,000 by September," Cui predicted.