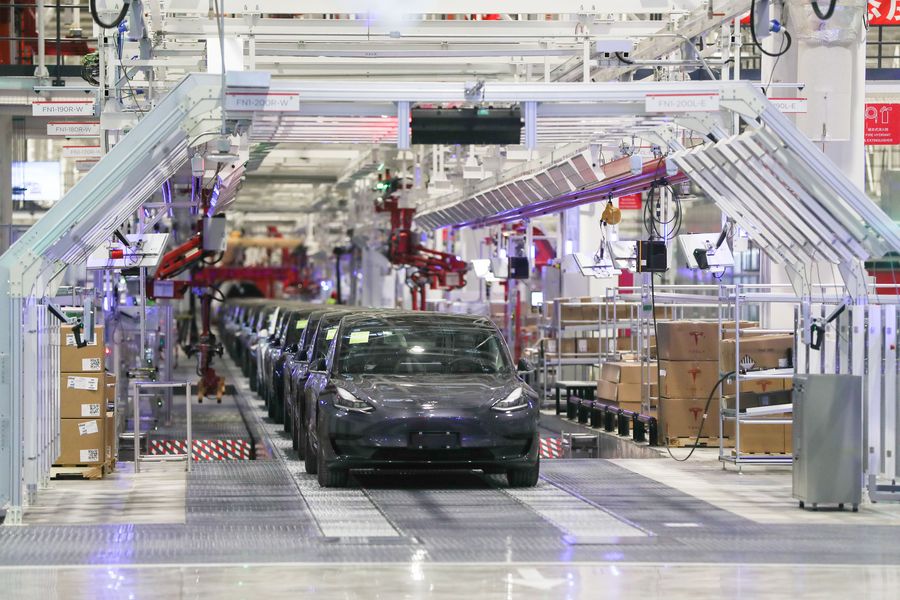 SHANGHAI, May 8 (Xinhua) -- Tesla China said Thursday that its Shanghai gigafactory was adjusting the production arrangement, as a response to recent media coverage about its production after the Labor Day holiday.

The five-day Labor Day holiday in China ended on Tuesday. But Tesla's Shanghai gigafactory did not resume work as scheduled on Wednesday, prompting speculation that the production may be halted due to a shortage of overseas parts.

Tesla said in a statement that its Shanghai gigafactory was conducting normal maintenance work and that the company is adjusting and debugging production lines through the holiday time. All aspects of the work are proceeding as planned.

The Tesla Shanghai gigafactory resumed operation on Feb. 10 amid the COVID-19 outbreak, one of the earliest automakers to go back to work in China. Tesla stores in China have also gradually resumed operations since Feb. 17.

According to Tesla's first-quarter financial results published at the end of April, the production rate of Tesla's Model 3 sedans in its Shanghai gigafactory will top 4,000 units per week by mid-2020.