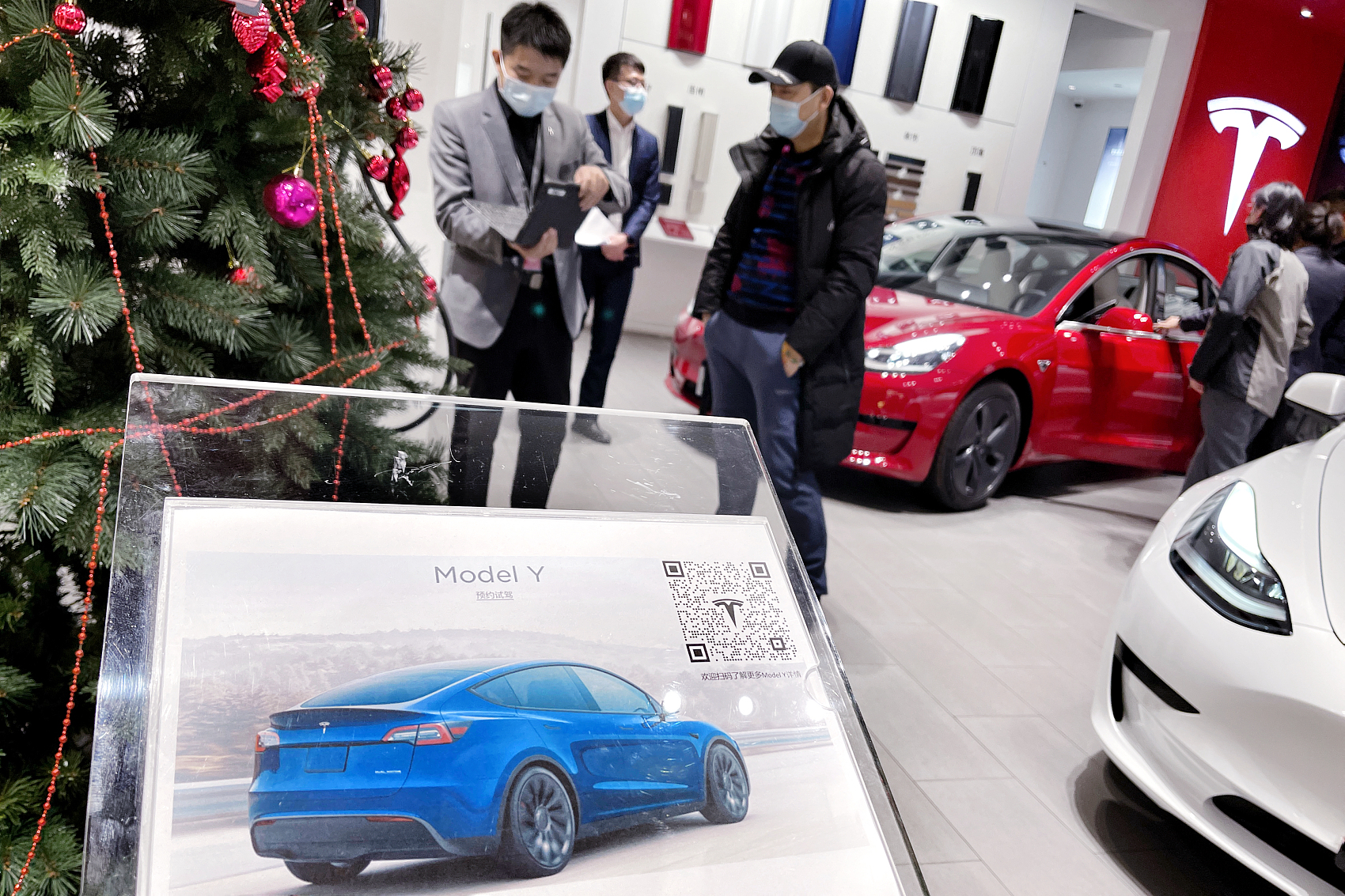 US electric carmaker Tesla say it sold 95,125 vehicles in China in the first four months of the year amid good momentum in the country's green car market.

Tesla sold 25,845 electric vehicles in April, down from 35,478 units in March, according to China Passenger Car Association data released on Tuesday.

The association said Tesla was a key factor in the surge in exports of new-energy vehicles in April, with 14,174 electric vehicles exported from its Shanghai Gigafactory.

Tesla said it halted production for two weeks in April to upgrade production line equipment and sales had fluctuated as a result.

China saw total sales of 163,000 new-energy vehicles in April, a jump of 193 percent year on year. The growth was due to the drop in sales during the same period last year amid the COVID-19 pandemic and the return of consumer confidence this year.

Tesla sparked heated discussion online in recent months. In April, the company clashed with a car buyer who stood on top of a Tesla vehicle on the first media day of 2021 Shanghai International Automobile Industry Exhibition claiming brake failure had caused an accident. She demanded Tesla provide complete data from the half hour prior to the accident.

On February 21, Zhang Zhiqiang, her father, was driving on the 341 National Highway when he was in a collision with two cars traveling in the same direction. The owner, surnamed Zhang, insisted the accident had been caused by Tesla, while Tesla said it hoped to start third-party testing with the owner’s approval.

The same month, China published draft rules to ensure the security of data generated by smart cars. In May, Tesla said it was developing a platform for car owners in China that will allow them to access data generated by their vehicles.

Tesla manufactures Model 3 sedans and Model Y sport-utility vehicles at its Shanghai Gigafactory. It currently has 790 super-charging stations and 6,200 super-charging poles in China.