BEIJING, March 14 (Xinhua) -- The construction of US electric carmaker Tesla's new gigafactory in Shanghai is going smoothly, according to Shanghai officials with direct knowledge of the project.

"The assembly workshop is expected to be completed in May," Chen Mingbo, a national lawmaker and director of Shanghai Municipal Commission of Economy and Informatization, told reporters on the sidelines of the second session of the 13th National People's Congress (NPC). 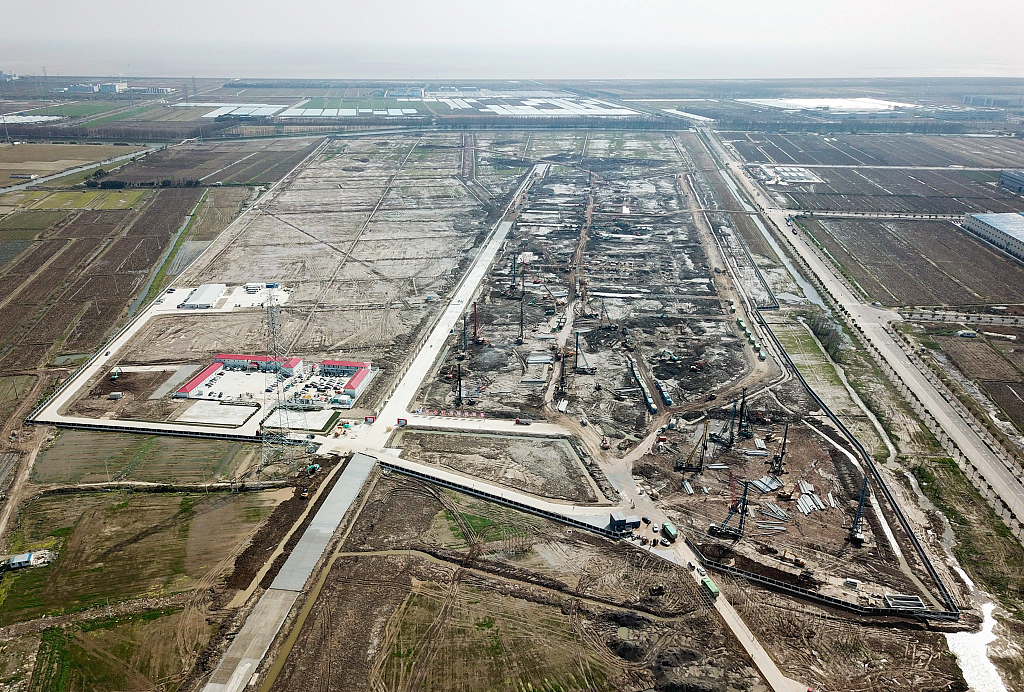 Wu Xiaohua, an official with the Shanghai Lingang Area Development Administration, where Tesla's plant is located, described the progress of the project as "better than expected."

Tesla's team in Shanghai has also confirmed the smooth progress of the project, which, with an investment of over 50 billion yuan (7 billion US dollars), is the largest foreign-invested manufacturing project in Shanghai's history, and Tesla's first outside the United States.

At the groundbreaking ceremony in January this year, Tesla CEO Elon Musk said his company was "hoping to have initial production of the Tesla Model 3 toward the end of the year and volume production next year."

Tesla signed the agreement with the Shanghai municipal government in July 2018 to build the factory. In October, the company was approved to use an 864,885-square-meter tract of land in Lingang for its Shanghai plant, which has an annual producing capacity of 500,000 electric cars.