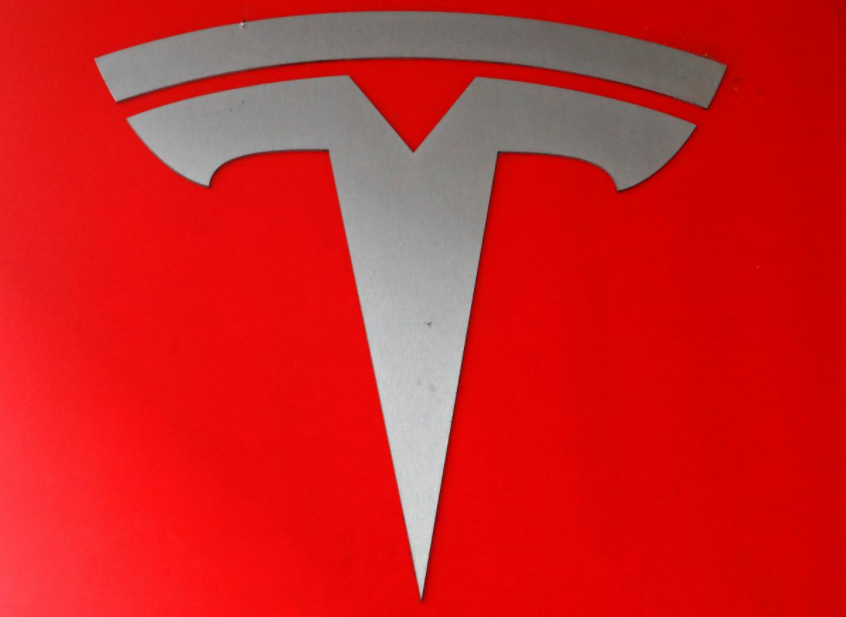 The company logo is seen in front of a showroom of US car manufacturer Tesla in Zurich, Switzerland March 28, 2018. REUTERS/Arnd Wiegmann (Photo: Reuters)

Shares of Tesla Inc fell 8 percent on Monday, ahead of the electric car maker’s announcement of quarterly production numbers for its crucial Model 3 sedan.

Shares in Elon Musk’s $50-billion dollar venture have been reeling from a triple whammy of probes into a fatal crash in California, concerns about Model 3 production and nerves over its debt load after a credit downgrade by rating agency Moody’s.

Tesla’s only junk bond - a 5.3 percent 2025 note issued in August - briefly dropped two points to as low as 85 cents on the dollar for a yield of around 8 percent amid thin volumes on Monday, according to MarketAxess data. It quickly bounced back, however, changing hands at around 88 cents on the dollar by mid-morning, or up nearly a point on the day.

Tesla has committed to build 2,500 Model 3s per week by the end of the quarter as a reassurance to the market that it can meet targets, which it has consistently missed.

Three Wall Street analysts said the company was likely to fall short of its own estimates again, but might satisfy Wall Street’s reduced expectations. The numbers are due sometime this week.

“We like the set-up headed into Q1 deliveries as we believe sentiment is overly negative, and think Tesla may be able to exceed lower expectations,” Baird analyst Ben Kallo wrote in a note.

Shares of the company fell as much as 8 percent to $244.59, bringing its losses this year to nearly 20 percent.

Failure to meet its production targets and liquidity pressures also prompted the Moody’s downgrade last week. The ratings agency said Tesla was likely to raise more than $2 billion in new capital, partly to cover about $1.2 billion in convertible bonds coming due by March 2019.

“We consider a small possibility of Tesla releasing supportive data this week but mainly high probability that management and the Board will take more drastic action on guidance and funding to restore credibility,” Jefferies analyst Philippe Houchois wrote in a client note.

“At the current share price, either would be positive, including higher than consensus dilution from raising capital if it credibly de-risked the Model 3 ramp up.”

Musk made light of the company’s financial situation on April 1, joking in a tweet that Tesla had gone bankrupt.

“Despite intense efforts to raise money, including a last-ditch mass sale of Easter Eggs, we are sad to report that Tesla has gone completely and totally bankrupt. So bankrupt, you can’t believe it,” the tweet said.