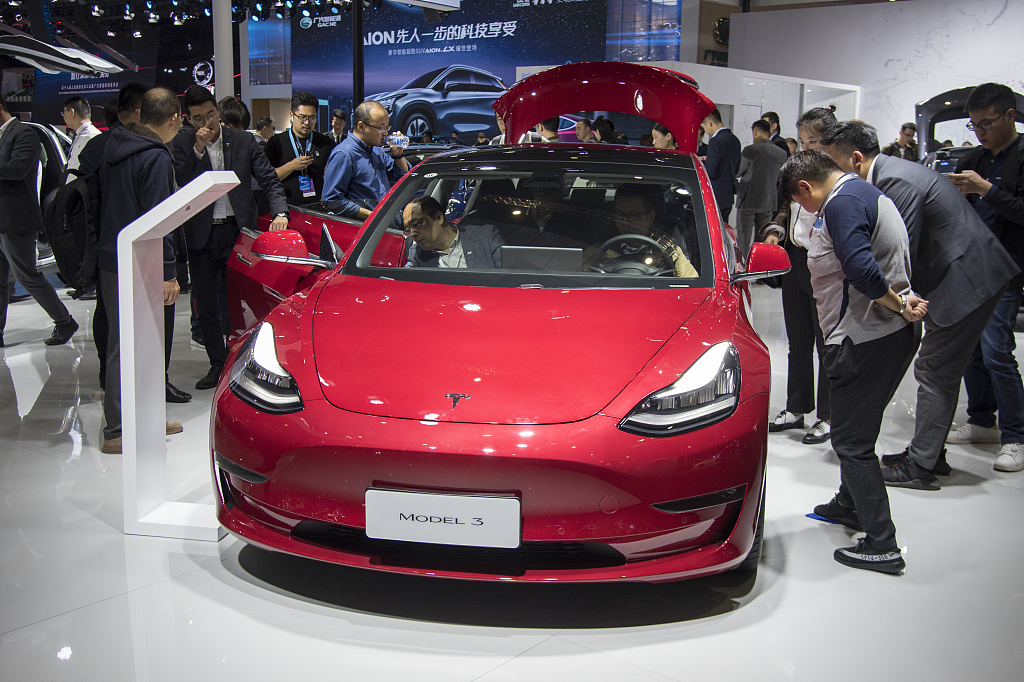 Tesla Inc began taking orders for its China-made Model 3 vehicles on Friday, with deliveries expected to begin in six-to-10 months, the latest effort of the United States-based electric carmaker to step up its presence in the world's largest automotive market.

That is around 13 percent cheaper than the same version imported from the US, which is priced from 377,000 yuan, including import duties and value-added taxes, according to its website.

A source close to Tesla said that the carmaker has not reached a deal with Chinese authorities on the locally produced model's eligibility for government subsidies for new energy vehicles.

A Tesla China representative said construction is going smoothly at its Shanghai plant, with buildings already roofed and equipment ready to be installed soon. Production is scheduled to begin by the end of the year.

In its early stage of operation, the plant is expected to produce around 3,000 Model 3 vehicles a week but will not produce batteries for the vehicles, the company said, adding that full production capacity could reach 500,000 vehicles a year.

Tesla plans to introduce other models including the forthcoming Model Y to the Chinese production line as well, although it has not released the schedule.

The plant, Tesla's first manufacturing facility overseas, broke ground in January 2019. The company has acquired credit of $521 million from several Chinese banks, including China Construction Bank and the Industrial and Commercial Bank of China, for its plant.

A Tesla representative said localized production will help the company alleviate tariffs. Getting closer to Chinese customers will also enable Tesla to react quickly to any changes in the sector, said the representative.

China is now the second-largest market for Tesla after the US, but Tesla founder Elon Musk said China will soon surpass the US to become its No 1 market.

New energy vehicle sales are growing fast in China despite a slowdown in the overall market.

The China Association of Automobile Manufacturers expects sales of electric vehicles and plug-in hybrids to reach 1.6 million this year, up from 1.2 million last year.

Tesla is now selling its Model X, Model S and Model 3 vehicles in China. It has built a sales network of 48 dealerships and a charging network covering 150 cities in the country.

The timing of Tesla's arrival will further sharpen its competitive edge over models from other startups in China, including Nio, as the government continues to slash subsidies on new energy vehicles. The subsidies are expected to stop completely by the end of 2020.

The introduction and localization of electric models into China by international premium brands will lead to a more competitive market, one that is already packed with over 100 electric carmakers.

For instance, Audi's electric SUV e-tron will be imported into China this year before local production starts in 2020. BMW is making China a hub of production for its electric iX3 model, which will roll off the assembly line in 2020.

Analysts say their arrivals will lure some potential customers away from startups including Tesla because the majority of Chinese customers are more inclined to choose long-established brands.