BUSINESS Tesla to build 4,000 superchargers across China in 2020 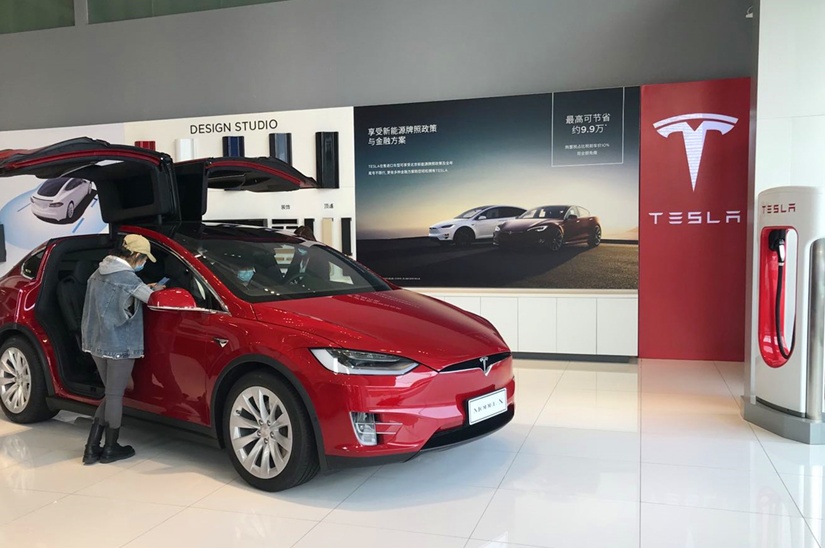 A customer checks information about a Tesla Model X at a showroom in Beijing in April. [Photo by Li Fusheng/chinadaily.com.cn]

US electric carmaker Tesla will build 4,000 supercharger piles in China this year, a figure that will double those it built in the past five years.

Tesla said it is in the process of executing the plan on Friday, when its version 3 supercharging station in Beijing was revealed. This station is also its third in the Chinese mainland.

The V3 supercharger is more efficient than its predecessor. The company said a Model 3 sedan can get a range of 200 kilometers in 15 minutes when using a V3 supercharger.

Tesla said it will speed up the building of V3 stations in major cities in China, which is one of the most important markets for Tesla cars, especially the Model 3 sedan.

Tesla has now built more than 2,500 superchargers and around 2,400 destination chargers in the country.

Established in 2003, Tesla is one of the most famous electric car brands globally. Its sales in the second quarter of 2020 totaled 90,650, which is a quarterly sales record for the company.

It has manufacturing facilities in the United States and China. A new plant in Germany is under construction.