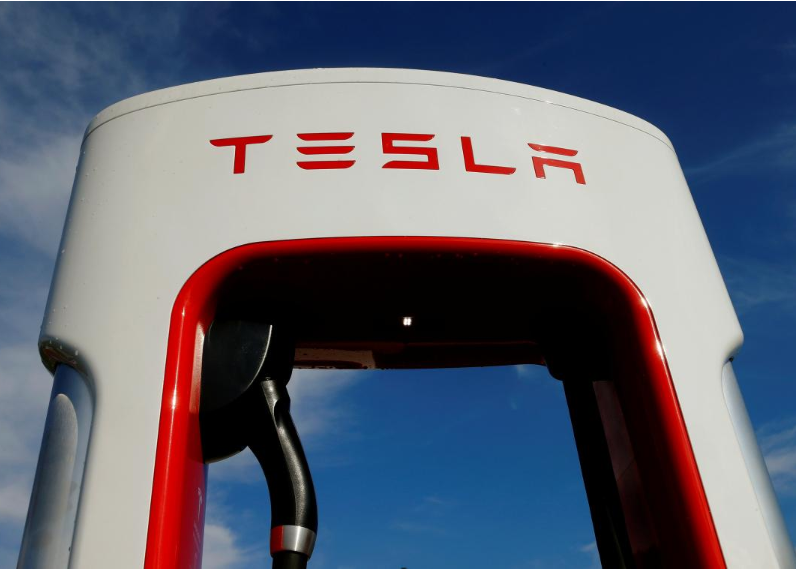 A charging station for electric-powered Tesla cars is seen in Melide near Lugano, Switzerland May 9, 2018. (Photo: Reuters)

That would translate to about 3,500 Model 3s per week, up quite a bit from the weekly production rate of 2,270 it hit in the last week of April.

Earlier this month, Tesla said its Model 3 production target remains on track, expecting about 5,000 per week in about two months.

Musk said on Tuesday if anyone knew of any specific bottlenecks that would prevent the carmaker from achieving that production rate, they should come to him this week, according to the report, citing an email from Musk to employees.

Tesla did not respond immediately to a request for comment.

The news comes a day after Musk said Tesla was undergoing a “thorough reorganization” as it contends with production problems, senior staff departures and recent crashes involving its electric cars.

Tesla is at a critical juncture as it tries to fix an inauspicious launch of the Model 3 sedan, a mid-market car crucial to its success and future profitability that has been plagued by early production problems.