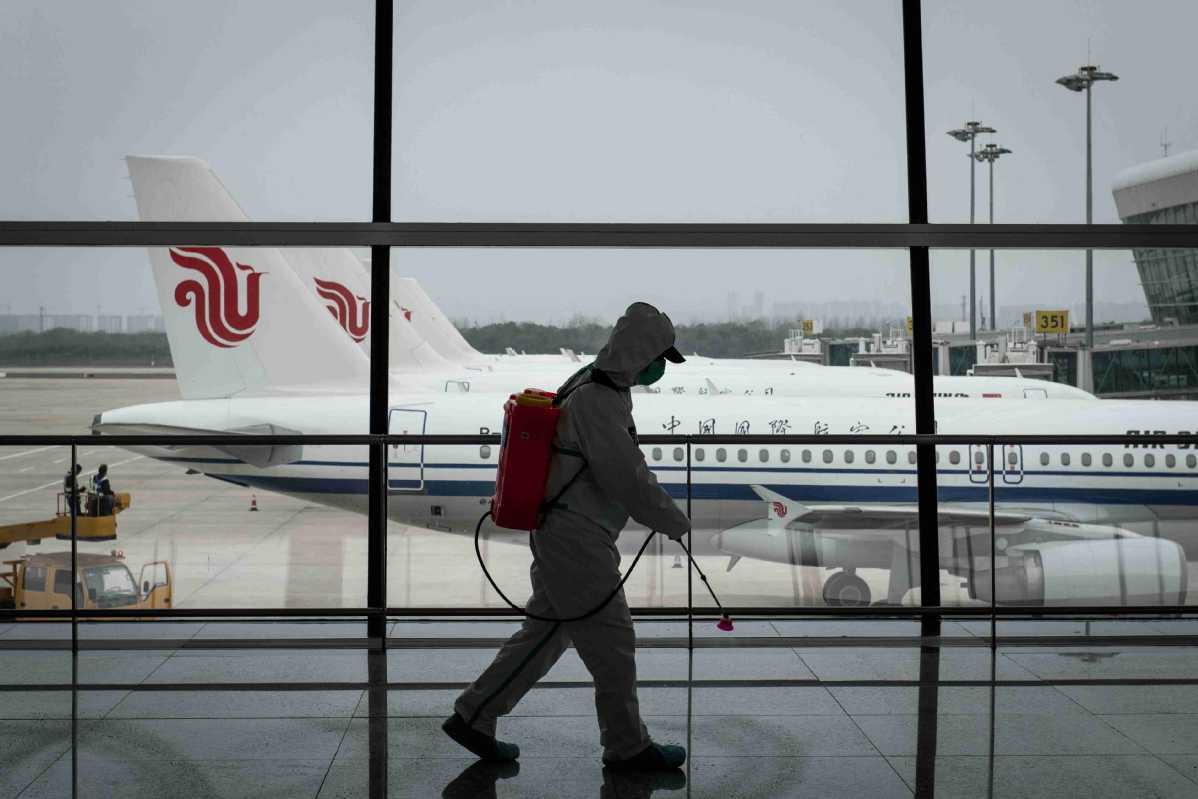 With COVID-19 quickly expanding worldwide and strict travel restrictions imposed by many countries, the global aviation industry is expected to continue to suffer heavily and the air travel market in China is set to see its first annual loss since 2008, an industry expert predicted.

Despite the coronavirus pandemic receding in China recently and domestic air travel gradually picking up, the severe conditions overseas have cut capacity of international flights to a tiny fraction of pre-contagion numbers, and it will have an unfavorable impact on Chinese carriers.

"The civil aviation industry in China will suffer losses for sure this year, and it is just a matter of how much it will lose," said Lin Zhijie, an industry analyst and a columnist at civil aviation website carnoc.com.

"The outbreak may catalyze new changes in the pattern of global air transport. The pandemic will have greater impact on countries with severe outbreaks, such as the United States, Italy and Spain," Lin said.

Less-competitive carriers will be easy pickings for the strong. Flybe, recently Europe's largest regional airline, has collapsed into administration regulation, and some other airlines may be acquired or restructured, he added.

The International Air Transport Association said in its latest report that global airlines may burn through $61 billion of cash reserves in the second quarter, and post a quarterly net loss of $39 billion.

The analysis was made under a scenario in which severe travel restrictions will last for three months. In this case, passenger demand will fall by 38 percent and passenger revenue will drop by $252 billion this year compared to 2019.

Chinese airlines are not immune. The three State-owned carriers all said in their latest annual earnings reports that the severe challenges within the global aviation industry will have a negative impact on them, and the level of impact is uncertain.

Shanghai-based China Eastern Airlines said like most other airlines, the unfavorable impact on the company's domestic and international business is unpredictable, and it is unable to predict the influence on its financial performance this year.

Air China said as the contagion is going to have a negative impact on the company in the short term, it will optimize capacity, strengthen cost management and take proactive measures to minimize the impact of the pandemic.

Air New Zealand carried out its first cargo flight operated by a Boeing B787 Dreamliner from Auckland to Shanghai, with the flight arriving on March 31. The aircraft was loaded with premium commodities such as honey and seafood.

The carrier said this is an extremely difficult time with a significant reduction in capacity due to reduced travel demand, but cargo services will ensure key goods such as medical supplies and foodstuffs continue to flow freely in and out of New Zealand.

US carrier Delta Air Lines restarted its regularly scheduled flights between Shanghai and Detroit with cargo-only flights, as demand for medical supplies continues to grow in the US. The flights will operate three times weekly using Airbus A350 aircraft.

Qatar Airways became the first Middle Eastern carrier to resume belly-hold operations to all of its six destinations in China with passenger-configured aircraft. Additional cargo capacity is being added to its existing services, fueled by demand for the shipment of immediate-need goods.

"Demand from the cargo freight market has also dropped, but the declining volume is much less than commercial flights. Now, most airlines are carrying out belly-hold operations to transport medical supplies, and it will help to lift revenues. But the limited number of flights and freight volumes won't help much with profit-making," Lin said.