Chinese and Japanese firms are encouraged to work together on Thailand's Eastern Economic Corridor (EEC) to transform it into a collaborative multi-stakeholder project for the socio-economic development of emerging markets, a Thai business mogul said. 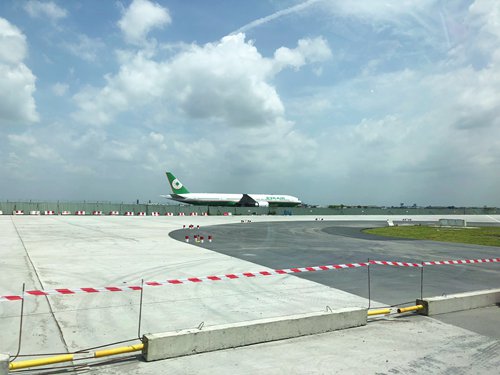 "Japan seeks to play a role in the development of Thailand's EEC, which complements the China-proposed Belt and Road(B&R) initiative," Dhanin Chearavanont, senior chairman of Thailand's largest private company, Charoen Pokphand Group (C.P. Group), said in an exclusive interview with the Global Times at the headquarters of C.P. Group in Bangkok on Thursday.

"While there is a cooperation agreement at the government level, we want to connect the private sector and entrepreneurs under the B&R principle of achieving shared growth through the spirit of dialogue and collaboration," Chearavanont said. 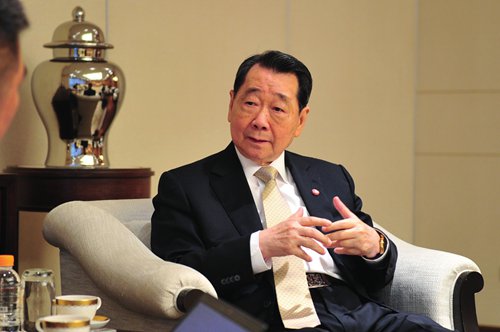 The EEC is a massive project promoted by the Thai government in recent years. It aims to establish economic zones in Thailand's southeastern provinces of Chachoengsao, Chonburi and Rayong with infrastructure development including high-speed railways, airports and ports.

Many projects in the corridor will use public-private partnerships to attract private investors.

Among them, the "High Speed Rail Linked 3 Airports" project (HSR linking 3 airports), which connects Thailand's Don Mueang Airport, Suvarnabhumi Airport and U-Tapao Airport in the EEC, is considered a key project of the EEC with development rights for key commercial land.

As the Chinese mainland's first foreign investor, C.P. Group has a long track record of investment and partnerships in China.

In additon, the group also has quite strong business ties with companies in Japan.

The company holds cross-shareholdings with Japan's Itochu Corp and is now operating more than 10,000 7-Eleven convenience stores, a Japanese-owned retail chain, in Thailand.

"[The HSR linking 3 airports] is not just for Thai companies to discuss and collaborate. It should also welcome international investment," said Chearavanont.

"When the EEC is transformed into a model of joint discussion, collaboration and shared growth among local and foreign companies, it will turn the attention of companies around the world to Thailand," he said.

In order to export their own domestic high-speed rail technology, China and Japan have engaged in competition in the Thai market in recent years. But this competitive atmosphere is being replaced by a growing spirit of collaboration.

Chearavanont said that he is willing to work together with both Chinese and Japanese companies to jointly develop the High Speed Rail Linked 3 Airports project.

"The HSR linking 3 airports should be technically capable of connecting with the Thailand-China high-speed railway, and it should also be able to connect with European tracks to allow interconnection. It cannot use technology that will be confined to the Thai railway network, nor can it use Japanese technology. It would be best to use European technology to ensure common connectivity. China should also make slight changes in this respect," said Chearavanont.

"[These railways] can eventually be connected with India and Europe in the future, connecting a total of 3 billion people, which would have great social and economic value," said Chearavanont.