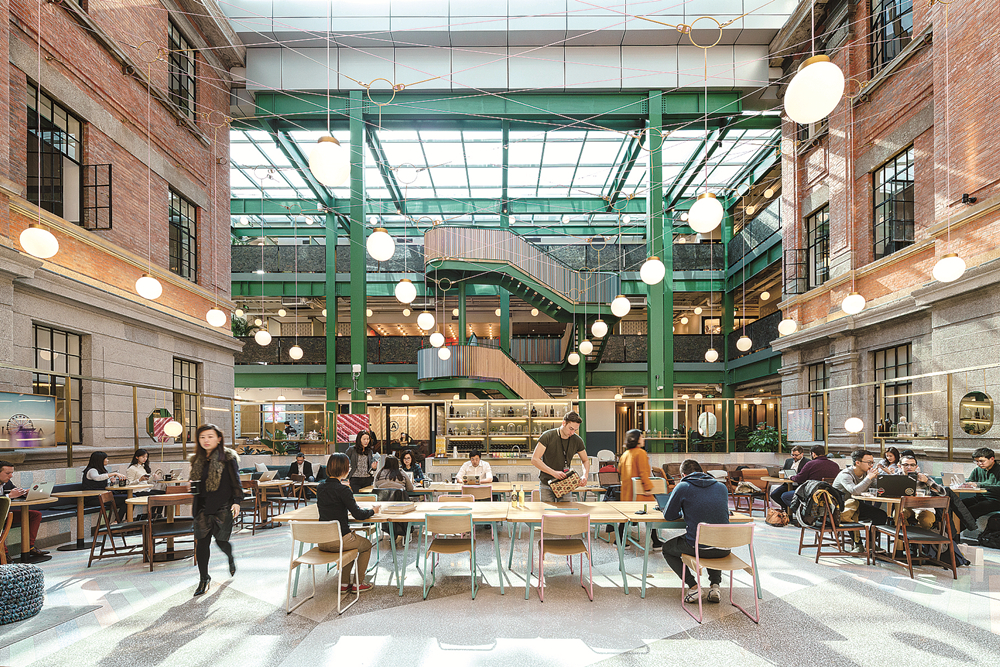 Operating co-working spaces is big business in Shanghai, and there are no signs of this trend dying out any time soon as millennials demand for more flexibility in the workspace

The term "strategic front line" is what co-working space providers like to use to describe the importance of Shanghai.

The spate of recent developments in the city illustrates why this is so.

Less than one year after world-leading flexible workspace solution provider Regus' parent company opened its first co-working space in the Shanghai Tower, the company will launch another two co-working centers in the city later this year, said the company's China head Audrey Low in a recent exclusive interview with China Daily USA.

Such rapid growth, according to Low, is supported by increasing market demand in Shanghai. In fact, IWG China — the parent company of Regus — has even chosen Shanghai as the national hub given its economic vitality and consumers' open mindset.

Meanwhile, the world's largest co-working network WeWork on July 1 launched its eighth space in central Shanghai. In contrast to its previous spaces, the newly opened facility features the addition of its incubator function WeWork Labs to provide support to early-stage startups.

And WeWork is hardly done with its expansion. The company said that it would soon open another space in Xintiandi in downtown Shanghai, with more to follow.

Shanghai-based co-working service provider Distrii also launched its flagship workspace in downtown Shanghai on June 15. The space, which can accommodate 772 seats, is the largest among the 19 spaces that Distrii currently has in the city. During the opening ceremony of this space, its founder Hu Jing announced the company's A+ series financing which amounted to 150 million yuan ($22 million).

Zhong Shu, president of the emerging co-working brand Kr Space, said in late May that they too would open eight offices in the core business areas in Shanghai within 100 days.

"Shanghai will definitely become the largest market for Kr Space," he said. "Co-working space users are the most active here thanks to Shanghai's high acceptance of new things."

According to a report released by global real estate service provider Cushman & Wakefield in May, there were a total of 546 co-working spaces in six major Chinese cities — Beijing, Shanghai, Guangzhou, Shenzhen, Hong Kong and Taipei — as of the first quarter of this year. Among these cities, Shanghai had 168 offices, the most of the lot. 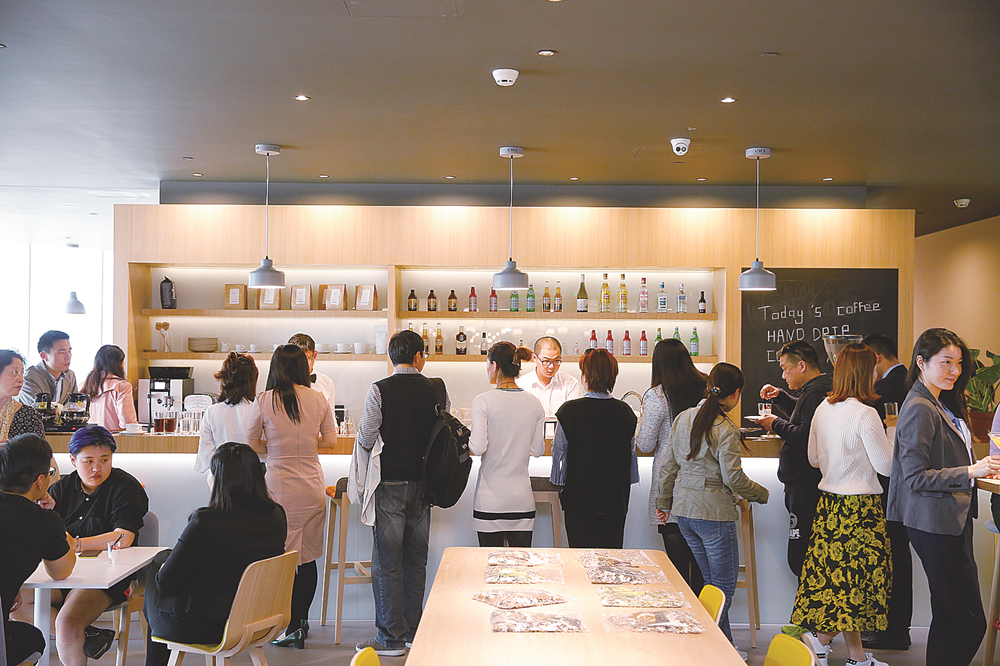 People on their tea break at IWG's co-working venue in the Shanghai Tower.[Photo Provided to China Daily]

Shaun Brodie, head of Occupier Research at Cushman & Wakefield Greater China, said that Shanghai has become the focus for co-working service providers to start and expand their businesses. He also noted that while most of these co-working spaces used to be located in Grade B office buildings or creative spaces a year ago, operators have rapidly expanded to Grade A office buildings this year thanks to the influx of capital.

"The Chinese co-working industry has gained a positive outlook from the capital market. Therefore, they have become one of the major tenants of Shanghai's Grade A office buildings over the past few quarters," he said.

To maintain their market share and position in the fiercely contested market in Shanghai, co-working space providers are expected to improve their offerings by targeting Grade A office buildings to host their spaces, said Brodie. He also noted that there would be much space up for grabs, with another 1.6 million square meters of Grade A office space set to be made available in the near future.

The relatively low cost of operating out of a co-working space is one major reason behind the growing popularity of such facilities in Shanghai. Cushman & Wakefield estimated that companies in Shanghai's core business areas can save up to 28 percent of office overheads by working in such facilities instead of directly renting spaces at Grade A office buildings. Moreover, members of co-working spaces can even enjoy a host of benefits, such as reception services, remote office solutions and startup incubation.

Linda Fu, 55, retired from her post as a senior engineer at a multinational company last year and started her own business. She recently extended her office lease with a co-working space provider by another year.

"We only have a couple of people working at my startup so I do not think it is necessary to lease a big office and pay for renovations and furnishings," said Fu.

Another factor that draws startups and entrepreneurs to co-working spaces is the vibrant atmosphere in such places.

"We have enjoyed many of the activities organized by different tenants. Being able to interact with different companies from various sectors also presents us with new ideas and business opportunities," she said.

Rising entrepreneurship and the increased importance of innovation in Shanghai are other reasons driving the growth of the co-working sector. According to the local bureau of statistics, Shanghai is now home to over 500 incubators and more than 16,000 small- and medium-sized technology companies.

"Startup companies have shown a strong preference for co-working spaces as they are more flexible and allow for more social networking," said Zhong of Kr Space.

According to Alan Ai, general manager of WeWork Greater China, the proliferation of co-working spaces in Shanghai is in line with the worldwide trend, which can be partly attributed to the coming of age of millennials. After all, this particular generation is more concerned than others about communication and flexibility in a workplace.

"The office situation has not changed for decades," said Ai. "Employees are still sitting in their own cubicles while the boss sits in a bigger room. People feel depressed and they all wear masks when they are working. In other words, they cannot be themselves when they are at work."

And this is where the problem lies: people cannot give full play to their potential when they are not being themselves, added Ai.

To rectify the situation, WeWork has introduced a slew of functions into their spaces to enliven the atmosphere, such as cafes, bars, boxing gyms, dancing clubs and yoga classes.

"When people are cheerful and coordinating with one another, their efficiency levels will naturally be boosted. This is what the younger generation is looking out for. And this is also the beginning of a revolution of the workspace," he said.