The power of coordinated regional growth 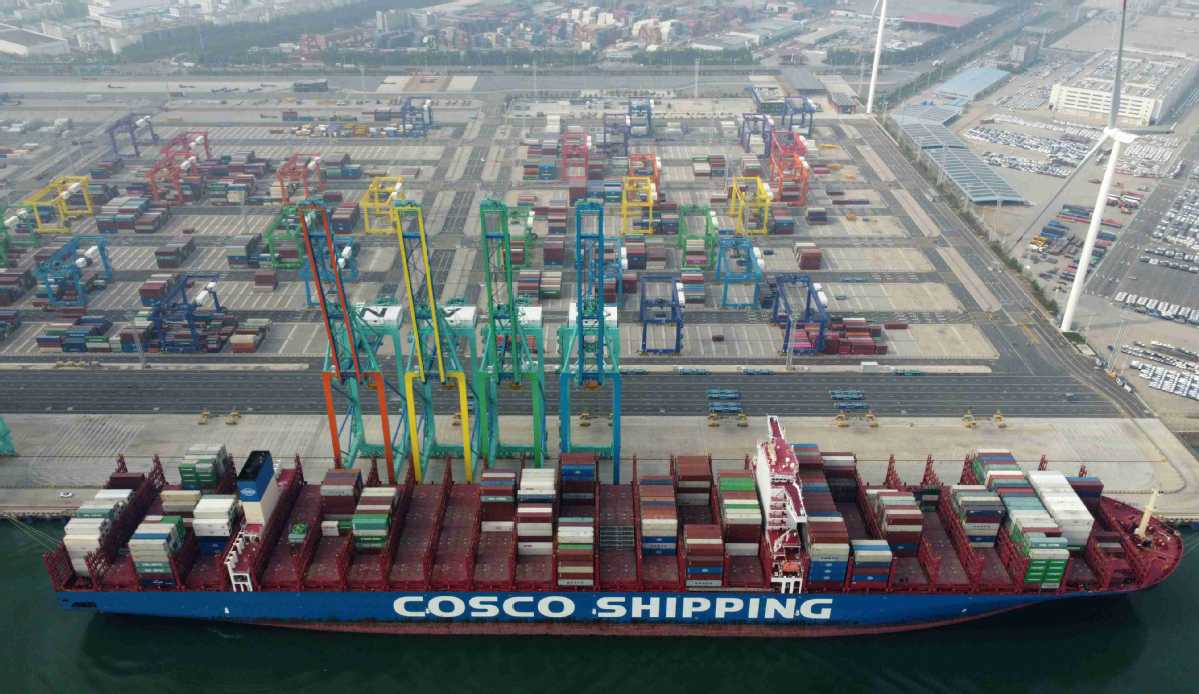 A containership is berthed at the zero-carbon smart terminal in Tianjin Port on Oct 13. (Photo: Xinhua)

Spokespersons of delegations from Beijing and Tianjin municipalities and Hebei province addressed queries about the joint and coordinated development of three areas at a news conference of the 20th National Congress of the Communist Party of China on Tuesday.

Zhao Lei, the spokesperson from Beijing, said the three provincial-level regions will gradually unify their standards on planning, policy, governance and management, a process in which Beijing will play a leading role. "It is better to be happy together than to be happy alone," he said, echoing a famous saying.

Among the three, Beijing has been playing a leading role, and, as indicated by Zhao, by choosing to "be happy together", Beijing has shown everyone its determination to help all prosper.

It should be noted that "to be happy alone" is not that sustainable. A super metropolis can rise with abundant resources, good innovation elements, good business environment, high governance standards, all of which contribute to its comprehensive capabilities. However, if such a metropolis ignores others, it will soon be left without any friends, thus wasting its precious resources.

By working together, Beijing, Tianjin and Hebei can solve the problems they face and share the dividends of development.

The Beijing-Tianjin-Hebei region, Yangtze River Delta and Pearl River Delta, with a total population of 420 million, contribute almost half of the nation's GDP. We hope that Beijing, Tianjin and Hebei set a glorious example for everyone.