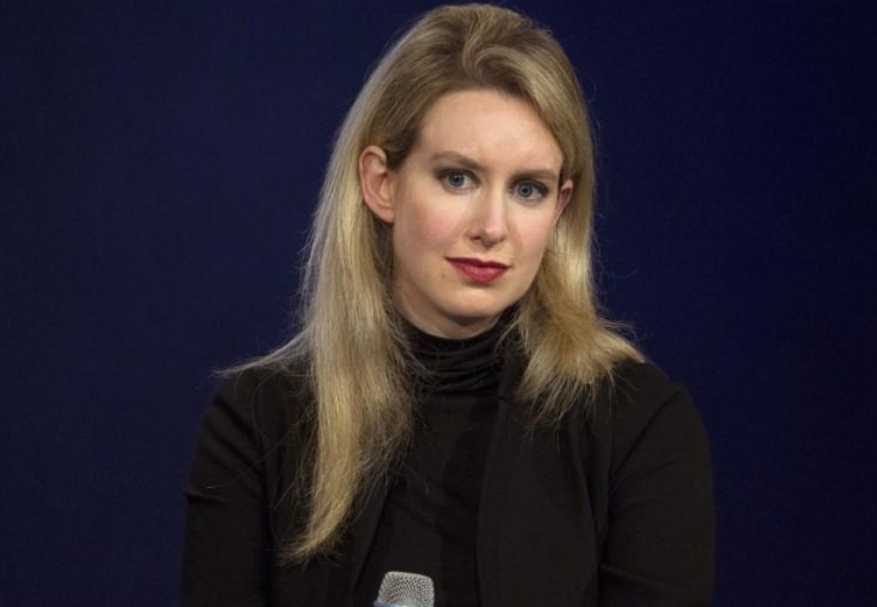 Theranos Inc founder Elizabeth Holmes and the embattled blood-testing company’s former president were indicted on charges that they engaged in schemes to defraud investors, doctors and patients, the US Justice Department announced on Friday.

The charges against Holmes, 34, and Ramesh “Sunny” Balwani, 53, were announced shortly after the privately held company said that she was stepping down as its chief executive.

Prosecutors said that Holmes and Balwani used advertising and solicitations to encourage doctors and patients to use its blood testing laboratory services despite knowing the company could not produce accurate and reliable results consistently.

“This conspiracy misled doctors and patients about the reliability of medical tests that endangered health and lives,” FBI Special Agent in Charge John Bennett said in a statement.

The indictment also alleged that Holmes and Balwani made numerous misrepresentations about Theranos’ financial condition and prospects. Balwani, who worked at Theranos from September of 2009 through 2016, had also served as chief operating officer and was a member of the board.

In a statement, Theranos said Holmes would remain chair of the company’s board and David Taylor, the firm’s general counsel, had been appointed CEO.

Each defendant faces two counts of conspiracy to commit wire fraud and nine counts of wire fraud. Prosecutors said both entered pleas of not guilty on Friday during a hearing before a federal magistrate judge in San Jose, California.

The criminal charges came after Holmes in March settled civil fraud charges brought by the US Securities and Exchange Commission under which she was barred from serving as an officer or director of a public company for 10 years.

Lawyers for Holmes did not respond to requests for comment. Jeffrey Coopersmith, Balwani’s attorney, said his client had committed no crimes.

“Mr. Balwani looks forward to trial because he did not defraud anyone, and it will be an honor to defend him vigorously,” Coopersmith said in a statement.

Holmes, who started Theranos at the age of 19, was celebrated as a rising star of Silicon Valley until it became clear that many of the claims about the company’s supposedly revolutionary blood test were bogus.

The company reached a $9 billion valuation based on its promise to disrupt the laboratory testing business.

In presentations to potential investors, to doctors at medical meetings and to the media, Holmes claimed the Theranos analyzer could perform a full range of clinical tests using tiny blood samples drawn from a finger stick, and that it could produce results that were more accurate, reliable and faster than those from conventional blood tests.

The indictment alleges that Holmes and Balwani knew their analyzer had accuracy and reliability problems, performed a limited number of tests, was slower than some competing devices, and, in some respects, could not compete with existing conventional machines.

They told investors that Theranos could generate about $1 billion in revenues in 2015 when in fact the company had generated just a few hundred thousand dollars in 2014 and 2015, the indictment said.

In 2015, the Wall Street Journal reported that Theranos’ devices were flawed and inaccurate, setting off a downward spiral for the company that had bagged investors including venture capital firm DFJ, Walgreens, media mogul Rupert Murdoch and Oracle co-founder Larry Ellison.