A third trial began on Monday in Kuala Lumpur against former Malaysian Prime Minister Najib Razak in relation to the 1MDB corruption scandal. 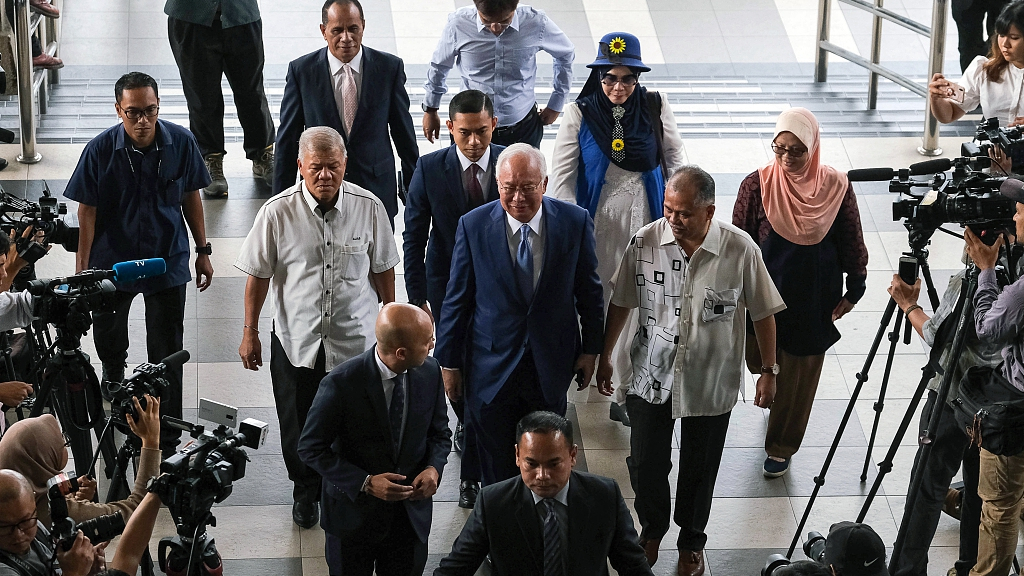 The 66-year-old Najib, who was ousted from office in a historic election last year as allegations of corruption piled up against him, is charged with abusing his position as prime minister and accused of tampering with the auditor-general's final report on the 1MDB investigation.

He denies any wrongdoing and instead accuses Malaysia's new government under Prime Minister Mahathir Mohamad of seeking political vengeance.

Najib's downfall followed revelations that billions of U.S. dollars had been siphoned off from the 1MDB state investment fund, which he set up in 2009.

Arrested in September 2018, months after his ruling coalition was voted out of government after more than six decades in power, the ex-prime minister is now free on bail but faces heavy prison sentences if found guilty.

His first trial, which began in April, centers on the transfer of 42 million ringgit (10.1 million U.S. dollars) from a former 1MDB unit into Najib's bank account.

Last week, the judge ruled that prosecutors had made a sufficient case and the trial could proceed. Najib is expected to take the stand next month when his defense begins. He faces four charges of corruption and three money-laundering counts.

A second trial, the biggest, opened in August and deals with allegations Najib illicitly obtained over 500 million U.S. dollars from 1MDB. In that trial, he faces 21 charges of money laundering and four charges of abuse of power.

US authorities investigating the fund believe 4.5 billion U.S. dollars were looted from it. The money was allegedly used to fuel a worldwide spending spree by Najib and his inner circle, including items such as a super-yacht and high-end real estate.