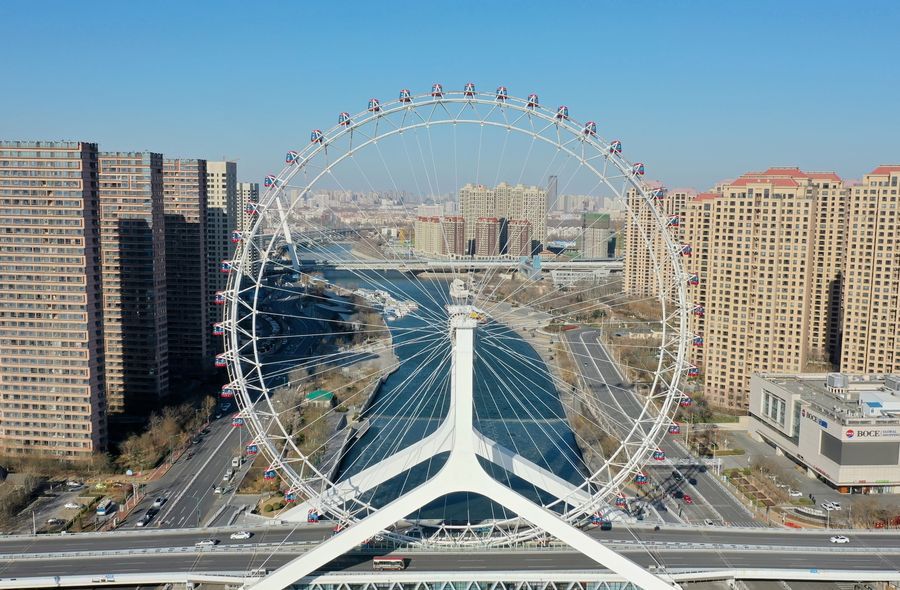 "The orders are expected to help 141,600 poverty-stricken people in the interior regions. In addition, Tianjin's e-commerce companies will further promote the products via local e-commerce portals and media outlets," said Zhang Qingen from the Tianjin Cooperation and Exchange Office on Tuesday.

Such efforts are part of the city's ongoing efforts to achieve China's goal of building a moderately prosperous society in all respects and securing a decisive victory in poverty alleviation. Chinese President Xi Jinping had stressed that lifting rural residents out of poverty by the end of 2020 is a solemn commitment of the country, and it must be fulfilled on schedule.

Chen Hongbo, director of the Policy and Regulations Department of the State Council Leading Group Office of Poverty Alleviation and Development, said that measures, including expanding products' distribution channels and inspiring consumption of agricultural products from the impoverished areas, are necessary steps to further poverty relief efforts.

With even more efforts, the poverty alleviation goal can be achieved on schedule, said Chen.

During the first quarter of this year, e-commerce sales in China's 832 national-level poverty-stricken counties reached 27.75 billion yuan, up 13.3 percent on a yearly basis, according to data from the Ministry of Commerce.

To help further the cause, the ministry issued a guideline for e-commerce-enabled poverty alleviation last week. Specifically, the ministry said it will help enable more areas to come out of poverty through e-commerce, and guide farm product companies to build long-term and stable partnerships with poverty-stricken areas.

Many provincial governments in China have been taking targeted steps to help sell agricultural products from rural areas as many of them faced economic hardship due to the COVID-19 outbreak.

In Southwest China's Yunnan province, pine mushroom sauce and dried mushroom slices from the remote Shangri-La region realized sales of over 50,000 yuan in just 10 minutes during a recent live sales gala, according to the city's Vice-Mayor Zhang Jianfeng.

"Products from the poverty stricken areas have been facing obstacles due to traffic, logistics and oversupply constraints. They are increasingly shifting their focus to online sales," said Li Xiaomei, general manager of Gansu Tiandi Science and Technology Co Ltd, which joined hands with e-commerce companies from Tianjin during the event.

An industry insider who did not want to be identified said that many leading e-commerce firms having high thresholds or funds are being encouraged to join the campaign so as to help goods manufacturers from the impoverished regions gain wider market access.

According to the National Bureau of Statistics, online e-commerce sales soared to 1.8 trillion yuan during the first quarter, up 5.9 percent on a yearly basis, amid the COVID-19 pandemic even as retail sales struggled to make headway.

Liu Gang, director of the Institute of Economics, Nankai University, said: "The supply side was badly hit by the pandemic. Digital economy and e-commerce revolution are the new economic engines for China."