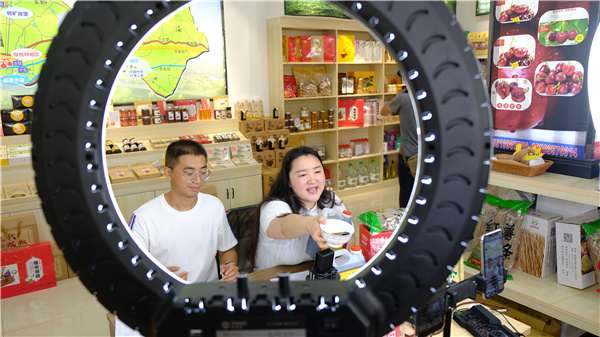 TIANJIN, July 24 (Xinhua) -- The northern Chinese port city of Tianjin saw over 15 million import and export orders of cross-border e-commerce in the first half of the year (H1), according to local authorities.

Among the total, Tianjin exported 757,600 orders in H1, with a total sales volume of nearly 21.37 million yuan (3.1 million U.S. dollars), said the Tianjin Commission of Commerce.

The city received more than 14.26 million declared import orders in H1, up by 16.19 percent year on year, with the value of the goods reaching 2.34 billion yuan, up by 9.18 percent over the same period last year.