BUSINESS Ties with Malaysia based firmly on free trade principles

Ties with Malaysia based firmly on free trade principles 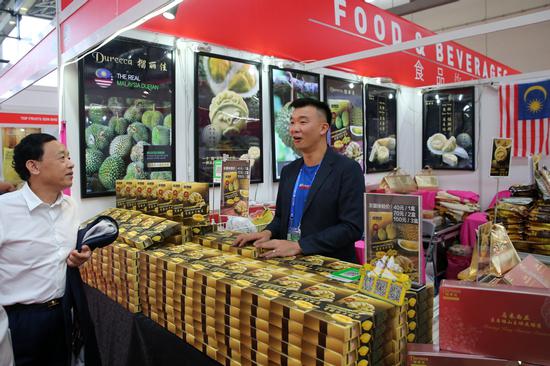 Malaysia hopes to attract more investment from Chinese companies and will remain committed to free trade, said a leading official from the Southeast Asian country on Wednesday.

"Malaysia wants to continue to be open to all countries and continue to be a strategic location to attract investment in Southeast Asia," Ong Kian Ming, Malaysia's deputy minister of international trade and industry, said on the sidelines of the opening ceremony of 15th China-ASEAN Expo.

"We have a China-ASEAN free trade agreement. Now, we are also negotiating the regional comprehensive economic partnership. There are many more opportunities for us to assure that we are committed to an environment of free and open trade, despite some of the global challenges we are facing.

"There may be certain people in certain countries that think free trade is something that they do not benefit from. What we need to do is to convince people around the world that free trade is good for everyone."

Ong expects such a mutually beneficial situation to be maintained over the next five to 10 years, as the China-ASEAN strategic partnership is set to boost investment and cooperation between China and ASEAN countries, including Malaysia.

The Kuantan Industrial Park is also the first in Malaysia to be jointly developed with China.

Ong said he is committed to promoting multilateral economic cooperation among China, Malaysia and other Southeast Asian economies.

Zhou Mi, a senior research fellow at the Chinese Academy of International Trade and Economic Cooperation, said that economic cooperation between Malaysia and China has solid foundations and is based on a consensus on the principles of free trade and a multilateral trading system.

Such a consensus will overcome the challenges imposed by countries adopting unilateralism and protectionism, especially as China and ASEAN countries work together to accelerate the establishment of binding economic and trade agreements, Zhou said.