TikTok ban draws pushback in US 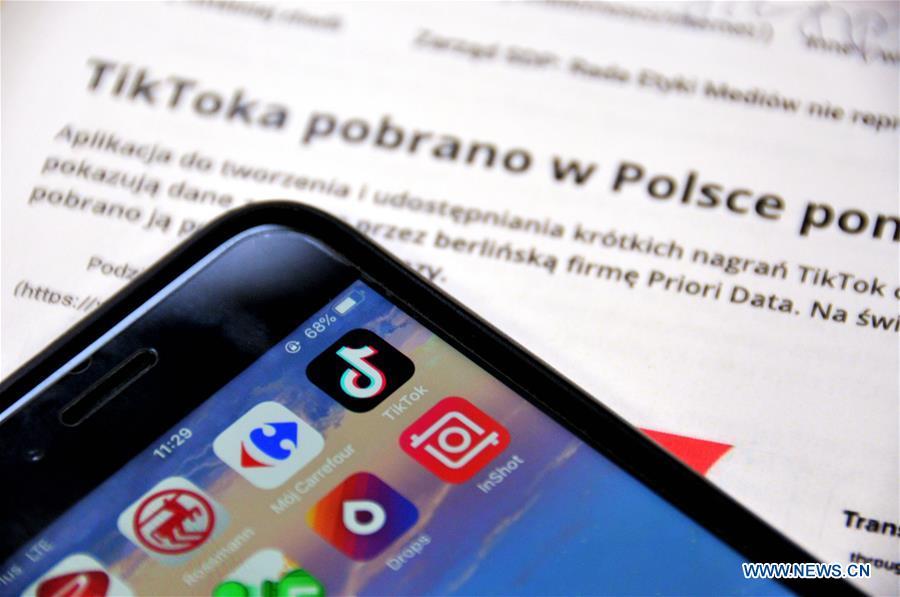 With President Donald Trump proposing a ban on TikTok, critics said the move will not solve the "security risk" issues while American values could be challenged, if the popular app actually goes dark.

Trump said Friday night that he planned to terminate the social media app in the US through "presidential authority". It's not clear how he might implement the ban, but following the announcement, Microsoft reportedly paused negotiation with TikTok's Chinese parent company, ByteDance, to buy its US operations.

While the two companies are waiting for clarity from the White House, the TikTok community is pouring out their frustration and support for the company on social media.

Baby Ariel, one of TikTok's most-followed users, wrote on Twitter: "i hate donald trump" in response to Trump's announcement of the ban. Many other users replied to the 19-year-old girl's post: "same".

TikTok star Griffin Johnson tweeted on Saturday, "tik tok has gave (given) me a lot of friends & memories that i will forever be thankful for."

Another social media personality, Tayler Holder, said, "All I'm seeing is everyone's goodbye videos on Tik tok now and damn it's so sad... " The tweet post ends with sad and heartbreak emojis.

Many young TikTok users are so desperate to keep the app around that they launched a "saveTikTok" movementon social media.

TikTok, known for its dancing and lip-sync videos, has become wildly popular among young adults in the US. It has up to 100 million users in the country and hundreds of millions worldwide.

It gained more popularity during the coronavius pandemic, as many view it as a source of entertainment and education.

But the app has been under scrutiny in the US in recent months because the Trump administration is concerned that TikTok will share the data of American users with the Chinese government.

The company has repeatedly denied that it shares data with the Chinese government.

TikTok CEO Kevin Mayer said in a blog post on Wednesday the reason why his company received more scrutiny than other tech companies is because of its Chinese origins. To counter the claims that Beijing might access user information or influence content on the platform, Mayer said the company is opening up its algorithms and moderation policies.

"TikTok US user data is stored in the US, with strict controls on employee access. TikTok's biggest investors come from the US. We are committed to protecting our users' privacy and safety as we continue working to bring joy to families and meaningful careers to those who create on our platform," a TikTok spokesperson said in a statement on Saturday.

TikTok's US General Manager Vanessa Pappas also defended the app in a video statement on Saturday. "We're not planning on going anywhere," Pappas said in the video, adding that the company plans to add 10,000 American jobs to its 1,500 workforce over the next three years.

If the app was actually shut down, critics have raised concerns that it would challenge the values that Americans hold dear, such as freedom of speech.

"Banning an app like TikTok, which millions of Americans use to communicate with each other, is a danger to free expression and technologically impractical," the American Civil Liberties Unionsaid.

"To truly address privacy concerns with companies like TikTok, Congress must ensure that ANY company that services US consumers cannot hand over our data to any government without a warrant or equivalent. Letting the president selectively ban platforms isn't the solution," the organization said.