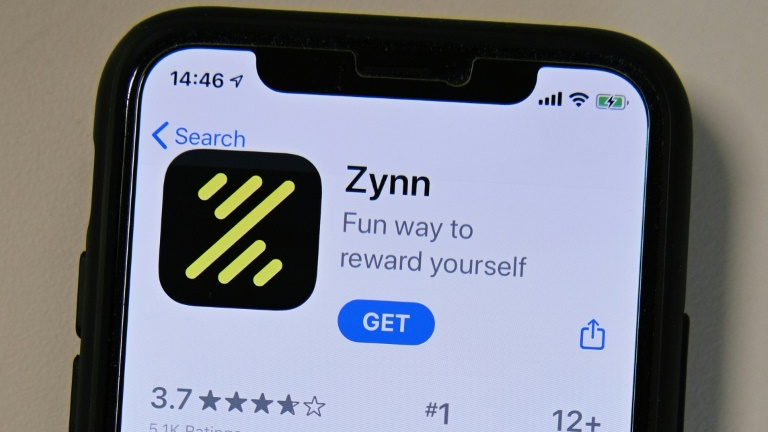 Zynn's interface is a near-clone of TikTok, but with one major difference - the app pays users to keep scrolling. (Photo: AFP)

Chinese short video app makers have taken their rivalry overseas, with TikTok facing stiff competition from a newcomer that has surged in popularity abroad by paying users to keep scrolling.

Zynn, a product of China's number-two video app maker Kuaishou, launched in May and became the most popular free app in the U.S. Apple App Store just a month later.

With Zynn, Kuaishou is trying to dethrone TikTok, the app by its Beijing-based competitor Bytedance that has become a worldwide sensation.

Zynn's interface is a near-clone of TikTok, allowing users to view a continuous feed of short videos featuring other users dancing or performing stunts to upbeat music.

But unlike TikTok, Zynn promises more than just entertainment.

Zynn, which is not available in China, rewards users in the U.S. and Canada with cash when they invite friends to download the app, up to 20 U.S. dollars per invite, depending on how active the friend is on the app.

Users also earn points for simply watching videos, which can then be converted into cash.

Zynn's model is familiar to users in China, where startups have thrown millions of yuan in gifts and cash at users in order to grab a larger share of the market than competitors offering nearly identical services.

Nasdaq-listed news aggregator Qutoutiao was among the first apps to offer users cash rewards in what it calls "loyalty programs" that "cost-effectively acquire new users."

It required people who were sensitive to small financial incentives, of which there were plenty in China's vast inland rural areas, Shanghai-based mobile technology expert Matthew Brennan explained.

Kuaishou is taking a gamble in exporting the model to North America, where few apps have managed to build long-term audiences by paying people to use them.

Success will depend on whether the main attraction of the app is the money up for grabs, or whether payment is "merely a secondary 'side benefit' to using Zynn," Rui Ma, a tech advisor and host of the Tech Buzz China podcast said. 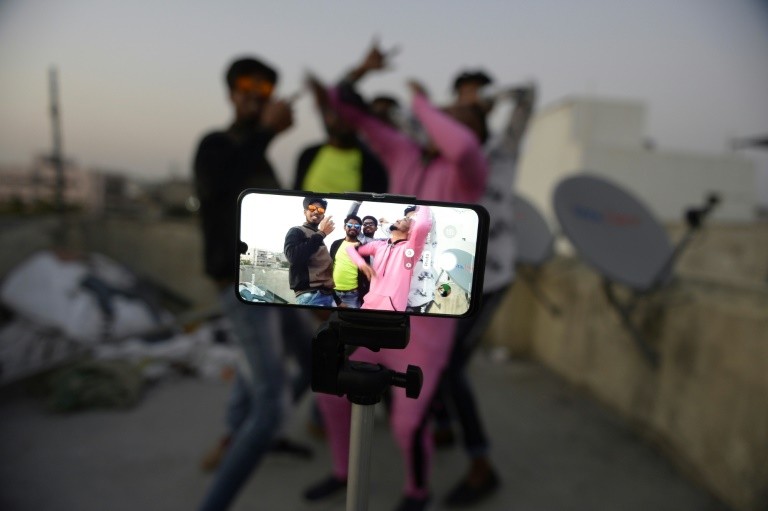 Much will depend on Zynn's ability to attract top content creators and brands, like its rival TikTok has done, analysts say. (Photo: AFP)

Most of Zynn's online reviews focus on the cash reward system, with reviewers either complaining about being unable to withdraw their winnings or grateful for the amounts they've made off the app.

Kuaishou has chosen a "smart" time for Zynn's debut, with many young people stuck at home because of COVID-19 and with the summer holidays approaching, said Man-Chung Cheung, an analyst at Insider Intelligence.

But in the long run, retaining users will depend on Zynn's "ability to attract top content creators, talent and brands to share videos," Cheung said.

Kuaishou will also have to contend with rising China-U.S. tensions, which have already put rival TikTok and other Chinese tech companies under increased scrutiny from the U.S. government.

U.S. officials have warned that TikTok, which has denied any ties with the Chinese government, could become another tool exploited by Chinese intelligence services.

Zynn has sought to downplay its Chinese origins, with its website offering little information about its background and giving an address in Palo Alto, California.

Zynn spokesman Rocky Zhang confirmed that Kuaishou is behind the app. "Zynn is a product only for the U.S., and we launched Zynn for the U.S.," he said.

Zhang said Zynn planned to continue paying users in the long term but will shift toward rewarding "content creators" in the future while generating revenue through advertising.

Years of rivalry between the massive Chinese tech companies lie behind Kuaishou's new foray across the Pacific into North America.

Kuaishou is backed by Tencent, the Chinese tech giant behind payment and social media app WeChat, which has long sought to expand its share of the short-video market.

The Chinese short-video industry is expected to generate nearly 100 billion yuan (14 billion U.S. dollars) in advertising revenue by 2021, according to Daxue Consulting.

Tencent has launched several short-video apps of its own, but none have reached the level of popularity enjoyed by Kuaishou and TikTok's Chinese version, Douyin.

Kuaishou in February said it had reached 300 million daily active users, just behind Douyin, which said it hit 400 million users in January.

In May, Kuaishou sued Douyin for redirecting searches for "Kuaishou" on a third-party Chinese app store to adds for the Bytedance app.

When asked about the similarity between TikTok and Zynn, Zhang said the app was not "targeting any brands existing on the market."