BUSINESS TikTok may abandon US deal if pressured on pricing: experts

TikTok may abandon US deal if pressured on pricing: experts

As uncertainties pile up in the potential deal between TikTok's US operation and a US buyer, TikTok is reported to have engaged in talks with several possible buyers, including Microsoft and Twitter. However, experts said the company may face further pressure from US President Donald Trump's arbitrary policies, and it is not impossible for TikTok to abandon the deal. 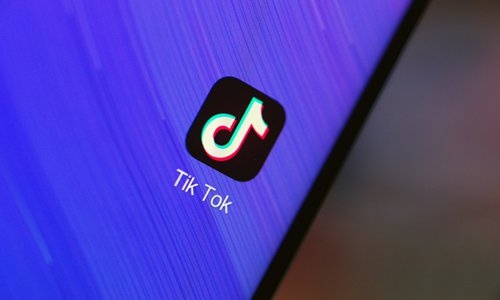 TikTok, a global music and video platform created in 2016 by Chinese internet technology company ByteDance, is known in China as Douyin. (Photo: VCG)

Twitter - the most recent potential bidder for TikTok's US business - is said to have approached TikTok, but given the size of Twitter, it would be impossible for the company to acquire TikTok without engaging with other large institutional investors, some analysts said.

"The current market cap of Twitter is less than $30 billion, while TikTok's valuation would be between $30 and $50 billion," an expert in international merger and acquisition deals surnamed Li told the Global Times.

"It is safe to say that Microsoft is a much more likely bidder," Li said.

Given the 45-day time limit to sell its US operations, TikTok is probably in talks with Twitter only to raise its pricing power, he said, but given the arbitrary nature of the Trump administration, TikTok might be pressured to lower its asking price.

"Trump's recent moves have been arbitrary and very unprofessional, a far cry from the free market principles that the US used to take pride in," Bian Yongzu, a research fellow at the Chongyang Institute for Financial Studies at the Renmin University of China, told the Global Times.

"With such a 'robber' mentality, it is highly doubtful if the negotiations will be conducted in a fair and just way," Bian said. "In that case, there is very little point in selling, and it is not impossible for TikTok to abandon the deal."

Despite having reportedly agreed to divest its US operations, TikTok seems to have taken a hardened stance against the US. According to US news reports, TikTok will sue the US government to challenge the president's executive order.

Zhang Yiming, CEO of Bytedance, said in an internal email that he has come to realize that the true intention of the US is to drive the company out of the country.

"The point of the problem is not the acquisition of Musical.ly, which the US sees as a security threat," Zhang said in the email. "The true purpose is a total ban."

In the meantime, TikTok has started its expansion into the international market outside the US. On Thursday, the company announced that it will build its first data center in Ireland to store all data of its European users, a move that is expected to bring around $497 million of investment into the country.

"TikTok is clearly drafting several plans and hoping for the best," Li said. "The best-case scenario is for TikTok to win its case against the US government. But if that doesn't happen, it will be tough for it to reach a deal with a US company at a reasonable price."