TikTok parent company ByteDance said on Sunday it will strictly follow new Chinese regulations which experts say could mean Chinese companies that are forced to divest by the US government will not be allowed to sell their core technologies and algorithms to US companies. 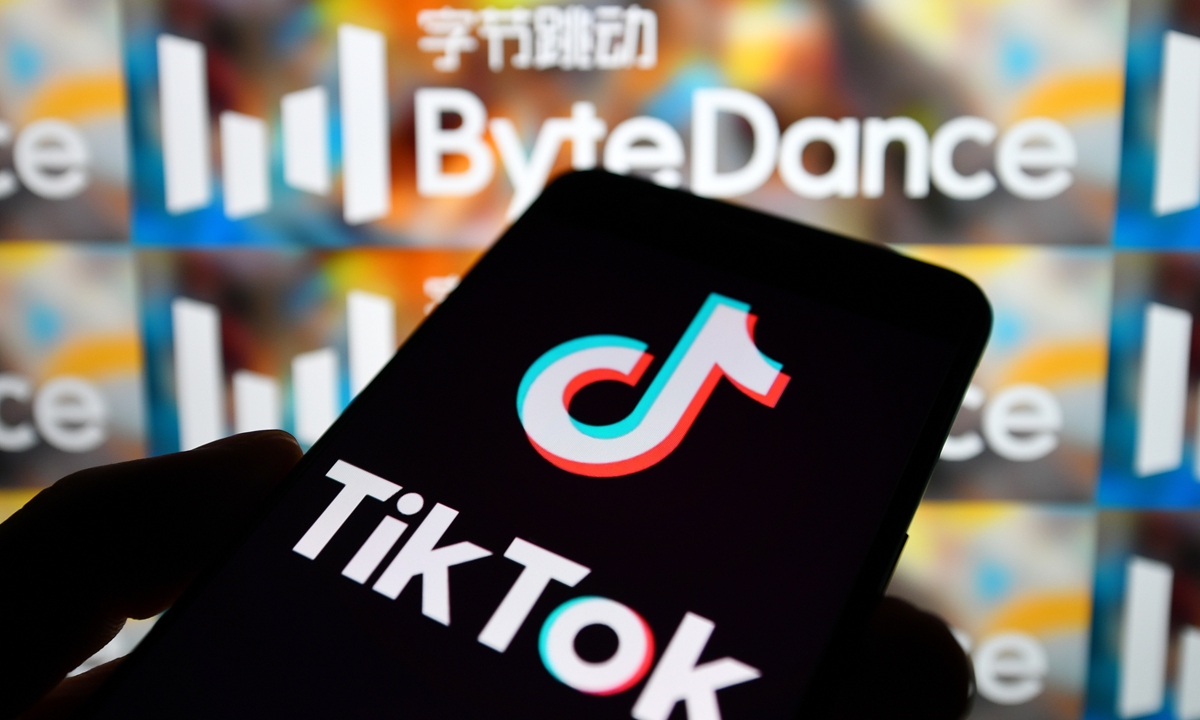 Responding to the new regulation over restrictions on export of certain technologies, ByteDance said that it will "strictly follow" the new rules in "handling operations related to export of technologies," according to a brief statement on the company's social media platform.

The Ministry of Commerce and the Ministry of Science and Technology on Friday released the most sweeping adjustments in more than a decade to the catalogue of technologies that are subject to export controls.

Among the adjustments was the addition of items related to certain artificial intelligence (AI) and computing technologies.

Under the revisions, certain items related to AI and computing are subject to export controls. Specifically, transactions involving these technologies must gain approval and permission from relevant Chinese authorities before conducting material negotiations or signing export contracts.

While the new revisions are aimed at protecting advanced Chinese technologies in a range of areas from 3D printing to lasers, they could also give Chinese regulators a say in the widely reported sale of TikTok's business in the US, Chinese experts noted.

The revisions mean that a forced sale of TikTok's US operations to US companies will be subject to the new Chinese regulations, as the algorithms behind the popular video-sharing app were developed with Chinese users' data, according to Wang Peng, an assistant professor at the Gaoling School of Artificial Intelligence at Renmin University of China.

"The overseas versions of TikTok may have also used the same algorithms, and if so, the sale of TikTok is subject to the new law," Wang told the Global Times on Sunday, noting that the revised catalogue was aimed at protecting China's economic security in the field of data.

Following executive orders issued by US President Donald Trump that force TikTok to sell its US business to a US company or face a ban, several US companies, including Microsoft, Walmart and Oracle, are reportedly seeking to purchase the assets.

Chinese experts and officials have harshly criticized the US move as "modern piracy" and state-sponsored robbery of a valuable Chinese firm.

Such a move would help TikTok to protect its core technologies and algorithms, because the company could be barred by Chinese regulations to sell them to US companies, experts noted.

"This basically establishes policy and a regulatory foundation for Chinese regulators and companies to protect their core technologies from arbitrarily being taken away," Shen Yi, a professor at the School of International Relations and Public Affairs of Fudan University, told the Global Times on Sunday.

Shen added that the move won't interfere with the Chinese company's normal operations, including selling certain US assets, but is aimed at protecting core technologies, as those are what the US government and businesses are after.

"The policy is not to stop any Chinese business from conducting normal transactions with foreign counterparts, it is a broad move to help them fight foreign bullying," Shen said.