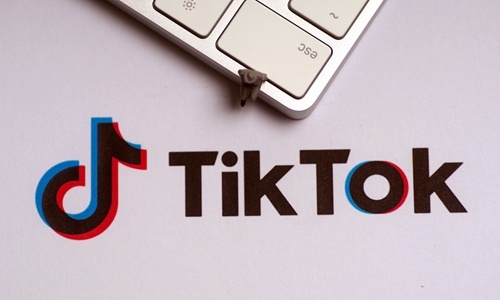 The US has reportedly granted ByteDance — the parent company of TikTok — a new seven-day extension of an order that directs the Chinese technology company to divest its short video-sharing app in the US.

The extension, which comes as US President Donald Trump's administration signaled the beginning of a transition to the incoming Biden administration, indicates that the embattled Chinese company's destiny there is at a critical stage despite the latest respite, analysts said.

It is not likely that Trump will toughen his stance on TikTok as he is entangled with political and legal battles, observers said. But it is critical for TikTok to endure Trump's remaining time in office, to bargain with its US partners for more favorable terms and the company should also prepare to negotiate with the next administration of Joe Biden, who is widely expected to take a milder approach, they noted.

The new deadline for TikTok to make a deal in the US is now prolonged to December 4 — the second extension by the Committee on Foreign Investment in the US (CIFUS). The Trump administration previously granted the company a 15-day extension, which was set to expire on Friday.

The US Department of Treasury stated the extension was granted "to allow time to review a revised submission that (CIFUS) recently received," the Financial Times reported.

In August, Trump ordered ByteDance to divest TikTok unless it reached a deal with US regulators within 90 days, alleging that the app presents a national security threat to the US.

ByteDance had not responded to an interview request from the Global Times as of press time.

"Trump hoped that the forced sale of TikTok could serve as a bargaining chip for his presidential re-election. Now Biden has won and the transition has begun, and Trump's administration is running out of time to deal with the matter and it may adopt a step-by-step extension strategy until the inauguration of the new president in January," Ma Jihua, an industry analyst, told the Global Times on Thursday.

The stakes of TikTok's forced sale in the US are high as it involves the interests of US video creators, online celebrities, agencies and consortiums. Analysts said the joint force of all these interested parties played an important role in the extension.

TikTok has about 100 million monthly active US users. US investors — including Sequoia Capital and General Atlantic — also own 40 percent of ByteDance, according to media reports.

There are more than 50 days to go until Biden takes office. Observers suggested that the remaining weeks offer breathing space for TikTok and time for ByteDance to expand its rights in the new entity jointly created with US companies.

ByteDance disclosed on November 10 that it has submitted four proposals to address US concerns, including one that proposes the creation of a new entity. Under the plan, TikTok will outsource its US users' data and content moderation business to the new entity, with the app continuing to operate other businesses.

"ByteDance could negotiate more on stakes and leadership over the entity with US partners," Ma said, and it could also deepen ties with US interest groups to lobby the incoming Biden administration.

Chinese technology industry insiders said that Biden is poised to soften the US stance toward the TikTok deal, and may even approve the partnership deal.

"Biden is rational and milder, and he will consider the interests of US companies. He seems — at least — willing to communicate with Beijing and possibly will make some concessions," Fang Xingdong, founder of Beijing-based technology think tank ChinaLabs, told the Global Times.

But analysts agreed that Biden could remain tough on issues concerning US national security, and the overall direction of curbing China's technology rise are unlikely to change

"Biden's tactics on the China-US technology rivalry may be different from Trump. He is less likely to issue executive orders to ban Chinese companies— which is very detrimental to bilateral relations," Ma said.

In November, ByteDance and TikTok filed a new petition with a US court as a defensive move against Trump's second executive order targeted at the video-sharing app.