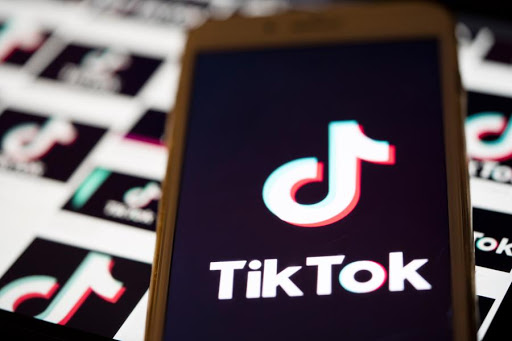 The logo of TikTok is displayed on the screen of a smartphone on a computer screen background in Arlington, Virginia, the United States, Aug. 3, 2020. (File photo: Xinhua/Liu Jie)

"We're pleased that the court agreed with our legal arguments and issued an injunction preventing the implementation of the TikTok app ban. We will continue defending our rights for the benefit of our community and employees," the company said in a statement acquired by Xinhua.

The Los Angeles-based company made these remarks after Judge Carl Nichols of United States District Court for the District of Columbia handed down the temporary injunction which granted a short-time reprieve to TikTok and its Chinese parent company ByteDance.

TikTok also said that it had to continue talks with the U.S. government on a potential deal with Oracle and Walmart, which was mulled by the White House even though U.S. President Donald Trump said he had approved a deal between the three parties in concept on Sept. 19.

"At the same time, we will also maintain our ongoing dialogue with the government to turn our proposal, which the President gave his preliminary approval to last weekend, into an agreement," the statement read.

According to TikTok, Oracle, under the deal, will become its "trusted technology provider," and Walmart will play a role in "commercial partnership." Meanwhile, Oracle would be in charge of hosting TikTok's all U.S. user data and securing associated computer systems.

However, Sunday's ruling could be challenged by the government, Dan Roules, managing partner of the Shanghai Office of Squire Patton Boggs, an Ohio-headquartered law firm, told Xinhua.

Roules is a business lawyer with over 20 years of work experience focusing on helping Chinese companies understand and cope with legal, political and other issues while investing abroad.

"The Justice Department is likely to appeal," he said. "The Government will continue to argue that assessing and responding to national security threats are, under the U.S. Constitution, within the discretion of the President and generally should not be second-guessed by a court."

Trump and some U.S. politicians have repeatedly speculated that TikTok poses a national security threat to the country, though providing no evidence to support the allegations.

China's Ministry of Commerce has repeatedly said that it is resolutely opposed to the U.S. move to block downloads of TikTok app, urging the United States to immediately stop its bullying and safeguard international rules and order.