BUSINESS Timing of China's financial reform should be chosen after yuan stabilizes: analysts

Timing of China's financial reform should be chosen after yuan stabilizes: analysts

Timing of reform should be chosen after yuan stabilizes

China's central bank governor said "the burden is heavy and the road is long" in China's financial sector opening-up, while experts said opening-up is the only way to let the financial markets flourish. 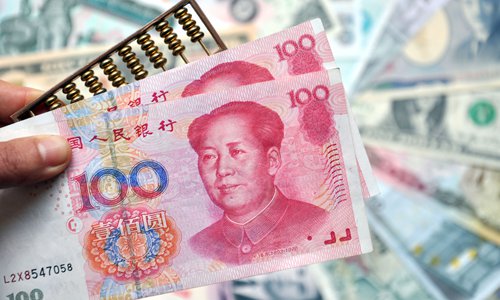 China must continue to open up the domestic financial markets in an orderly way, the China Securities Journal reported on Monday, citing a recent essay by Yi Gang, governor of the People's Bank of China (PBC), the central bank.

According to Yi, China's financial opening-up still can't meet the country's needs. "The domestic financial market is insufficient in its development in terms of depth and scope. Also, China's financial system environment should be better geared toward international standards, while the business environment for overseas-invested financial institutions should improve further," Yi wrote.

The opening-up of China's capital account has been relatively slow compared with developed economies and other emerging economies such as India and Argentina, Liu Xuezhi, a senior macroeconomics expert at the Bank of Communications, told the Global Times on Monday.

"But capital-account opening-up is based on the assumption that a country is able to manage the associated risks of capital flight and maintain a stable currency, which India and Argentina have apparently failed to deliver," Liu stressed. "Compared with them, China is doing a better job in opening-up without hurting the domestic economy or allowing excessive exchange-rate volatility."

India's rupee was said to be the worst performing Asian currency this year, having plunged over 12.5 percent over the period, according to media reports.

According to Liu, opening up of the capital account would not only help China fulfill its promises made when joining the WTO - it would encourage greater global use of the yuan, especially as a transaction currency.

Zhou Yu, director of the Research Center of International Finance at the Shanghai Academy of Social Sciences, said that based on experience, only opening up can yield an economic boom, and the financial sector is no exception.

"Given China's economic scale, we have the capacity as well as the responsibility to open up more," Zhou told the Global Times on Monday.

Along with opening-up measures, the government will strengthen supervision of the financial sector to prevent and resolve financial risks, Yi noted.

"Overall, the exchange rate has moved toward marketization in recent years. This trend is also reflected in the fact that foreign exchange reserves have not fluctuated too much recently, which shows that the central bank has not intervened too much in the yuan's exchange rate by buying or selling foreign currencies," Zhou said.

Zhou said that the government might implement a reference rate system completely based on the previous day's closing rate.

At present, a currency basket is also referenced to limit volatility.

Zhou said that if more market-oriented reforms are undertaken, they should be launched at appropriate timing, when the yuan is not faced with strong appreciation or depreciation pressure.

"Now is not the right time," he said.