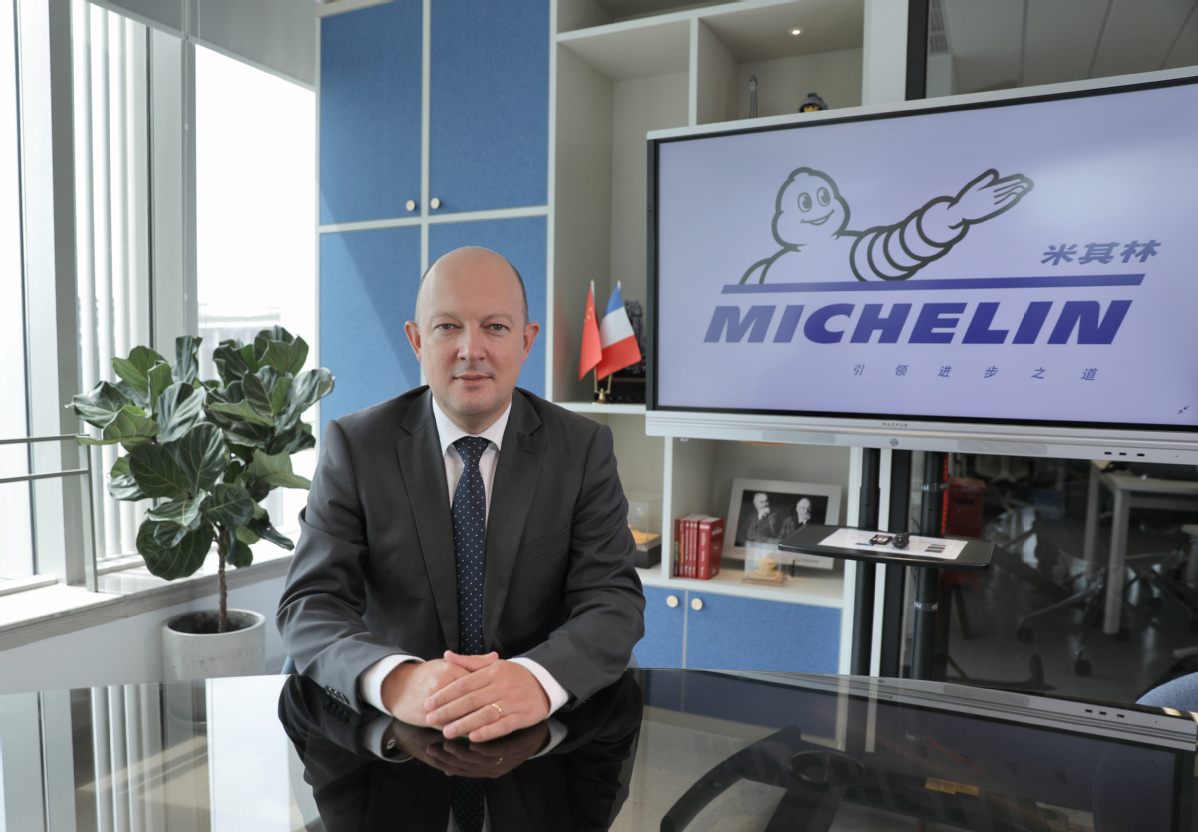 Michelin, the French tire and mobility company, recently launched a road safety campaign, named "Safe Roads, Safe Kids," with a number of practical measures to promote polite and safe driving on China's roads, in an effort to cut the number of traffic deaths.

Because running a red light or drunk-driving may cause serious injury to individuals and society, the campaign mainly focuses on raising the awareness of parents through online and offline interactions with children, and practical actions based on joint efforts this year.

The campaign kicked off with a street video shot from the perspective of children to arouse public attention of protecting children from traffic accidents.

"Since mobility safety for children has become an issue that cannot be overlooked, it is vital for us to embrace all means of serious digital innovation, cooperate more actively with the police, experts and NGOs, and walk down a path of smart traffic," said Kamran Vossoughi, president and CEO of Michelin China.

As safety is the foundation of sustainable mobility, and children are the future of a sustainable society, Michelin China has actively organized road safety public welfare actions, and continuously innovated activities based on the rapidly changing road conditions for more than a decade, he said, adding the company will help popularize children's safe travel knowledge and create a safer road traffic environment for their growth.

The campaign includes a children's painting competition on mobility safety, a series of videos on safety knowledge and on-campus activities. Michelin will donate a number of safety-related materials such as reflective vests to selected schools to protect children during night trips.

Rising numbers of private cars on the road, as well as scooters for delivery, also pose a growing threat to kids' road safety, he added.

Road traffic accidents are the eighth leading cause of death worldwide and the biggest cause of death for people aged between 15 and 29, according to the UN World Health Organization, which estimates it will become the fifth cause of death by 2030 if nothing is done to improve road safety.

The French company has continued to fulfill its corporate social responsibilities through various road safety campaigns in China since 2004.

Chai Yongzhi, a professor of urban planning at Beijing Jiaotong University, said the traffic networks of many of Chinese cities are larger than other major cities in Europe and the United States.

"Improving people's awareness of safer driving is a practical way of cutting unnecessary road accidents and keeping up with the process of healthy urbanization in China," he said.