To connect everything: Tencent’s Pony Ma

“On reviewing our development history, I sometimes question myself on whether Tencent would still be the company it is today, and would our partners still have persevered had we not based ourselves in Shenzhen?” Pony Ma, chairman and CEO of China’s tech giant Tencent, recently told journalists. 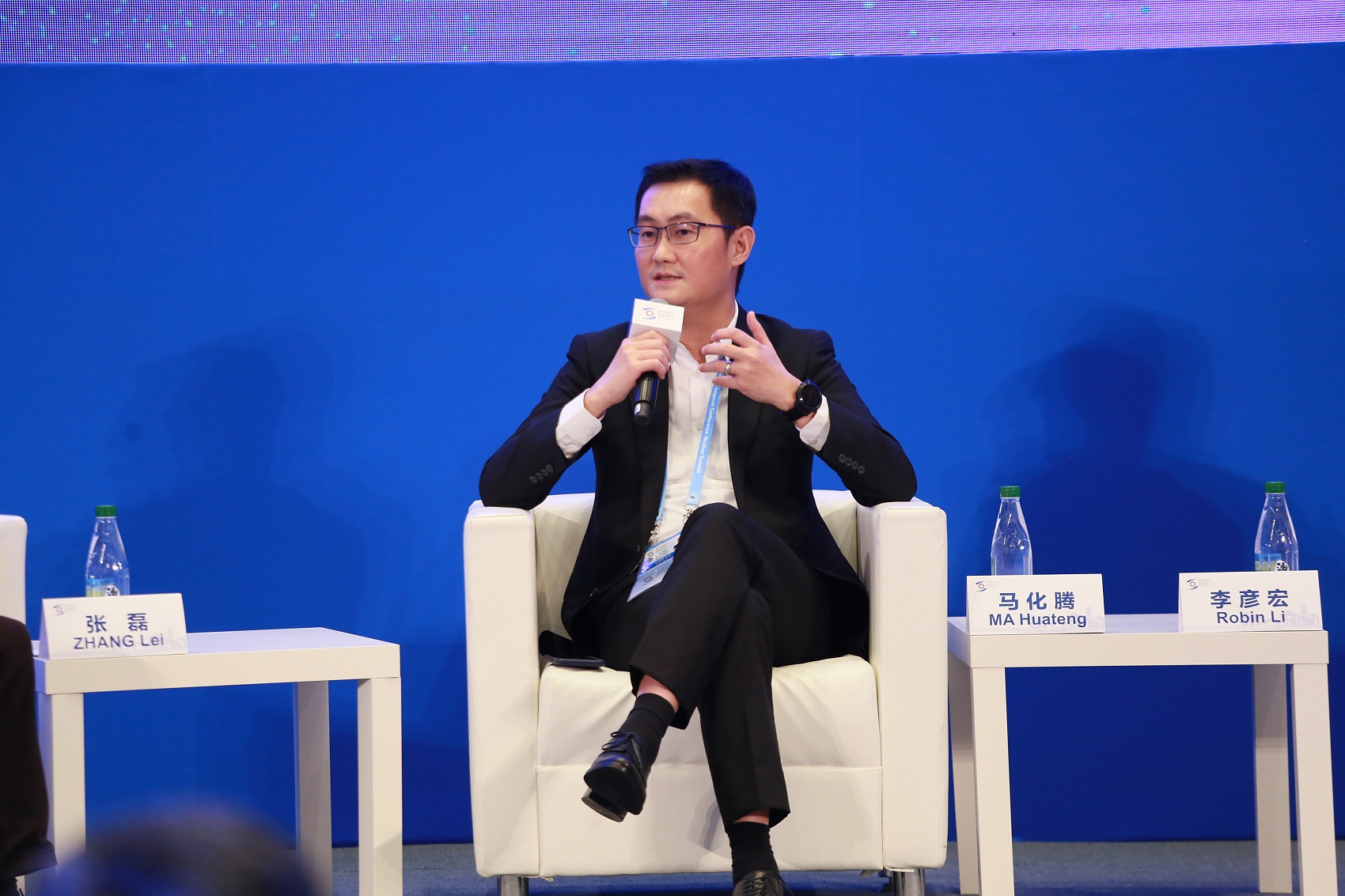 In just 20 years, Tencent has grown from a small startup company to an internet giant that boasts over a billion users. Ma attributed the company’s success to its courage and hard work, saying he has been inspired and empowered by the pioneering spirit of Shenzhen.

Ma majored in computer science, and he had long planned to start a business.

However, he soon discovered that he was less competitive in the labor-intensive business. He then went to Shenzhen and worked for a pager company for 6 years.

Thanks to that job, Ma became one of the earliest Chinese internet (called FidoNet back then) users, establishing and managing the Shenzhen station of FidoNet. Inspired by his work experience and the internet, he saw the possibility of cross-industry integration of a traditional paging communication system and the emerging internet. It spurred him to improve people’s way of communicating through the internet.

Ma quit his job in 1998 and established Tencent with his friends and schoolmates. They developed the instant messenger software QICQ, which is today’s QQ.

“When I look back I realize that my partners and I had that craze for the internet,” Ma said.

“It was hard at the beginning,” he noted. The contradiction between the surging amount of users and the lack of a proper business mode was a big issue, and financing also caused problems. The company could not even afford the servers, Ma said.

During its development, the company faced several major challenges.

One was the company’s competition from Microsoft’s instant messenger MSN. “MSN was competitive, but our product was in the proves of being upgraded and more tailored to Chinese users,” Ma said. To better serve Chinese users, Tencent substantially optimized its product in accordance with the special internet patterns of China. By offering the best user experience and the speed of file transfers, Tencent eventually won.

The popularity of smart phones and the rapid development of mobile internet around 2010 posed another threat to Tencent. The company was in urgent need of a new direction and products.

WeChat was born under this environment. This rapid transformation had won Tencent a ticket aboard the fast train of mobile internet. Ma attributed it to Tencent’s innovation in technologies and products, with WeChat as the anchor.

Patents are a core standard for evaluating scientific innovation. Over the past years, Tencent has filed over 25,000 patent applications worldwide, and received more than 8,000 patent licenses. It ranks second globally in terms of the number of patent applications in the internet sector. The spectrum has shifted to a company which used to implement great ideas by others to one that is the source of ideas.

Tencent is increasingly investing in basic science and cutting-edge technologies. By establishing laboratories for artificial intelligence, robots and quantum technologies, the company has already benefited from innovative research and development in different fields.

Tencent, as an internet platform enterprise, conforms to both the trend and national interests, integrates with people’s lives, and partners with industry peers. It is the value of the company, Ma said.

The WeChat mini program of Tencent, small applications that function within the instant messaging platform, was selected as one of the leading global scientific and technological achievements. Ma takes it as an innovative successor of WeChat.

“In Guangdong Province, the mini programs are helping over 4 million users enjoy more than 100 online livelihood services,” Ma said. More than a million mini programs have been launched, covering 200 categories, with over 200 million daily active users. It reflects Tencent’s operating philosophy: Do what users value the most.

It is a long-term strategy of Ma’s “to connect everything”--from people, services and devices to industries and transformation. “I hope we can become a digital assistant for every industry to make our contribution to the Internet Plus strategy, shared economy, and China’s digital construction,” Ma noted.