BUSINESS Tokyo's Nikkei closes lower ahead of state of emergency

Tokyo's Nikkei closes lower ahead of state of emergency 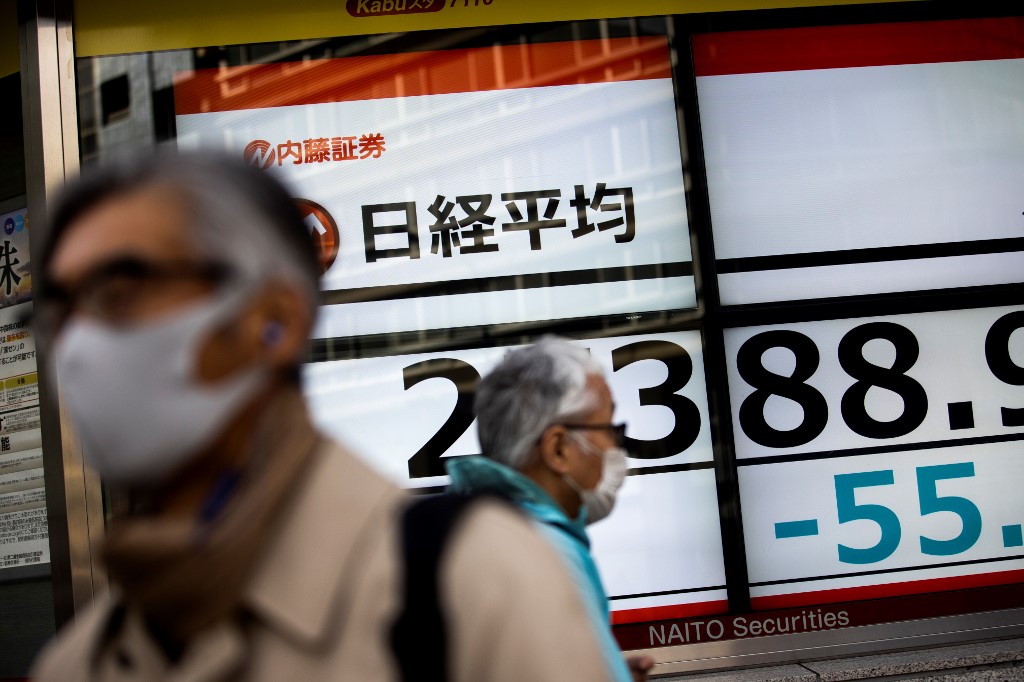 Tokyo's benchmark Nikkei index closed lower on Wednesday ahead of a fresh state of emergency in the Japanese capital and as investors eyed a key US Senate race.

Traders were watching elections in the US state of Georgia, whose outcome will decide who controls the US Senate and shape the early course of Joe Biden's presidency.

"A sense of caution has strengthened along with the prospect of a triple-blue United States, with losses in US futures," Okasan Online said.

Officials have yet to declare a winner for either of the two seats at stake, but Democrat Raphael Warnock claimed victory against Republican Kelly Loeffler, who has not conceded defeat.

In Tokyo, eyes were also on the government as it prepares to declare a state of emergency focusing largely on bars and restaurants in the capital and surrounding regions to fight a surge in Covid-19 infections.

"Concerns have spread as a state of emergency is expected to be declared for greater Tokyo on Thursday," said Masayuki Kubota, chief strategist at Rakuten Securities.

Officials have said the anti-virus measures will be "focused" and "limited" and reports suggest the state of emergency will last for around a month.

But Shigeru Omi, head of the government coronavirus advisory panel, said Tuesday that one month was not long enough to drive down contagion effectively.

The measures carry no penalties for non-compliance, but a similar emergency request was widely observed this spring.