Tokyo shares closed higher on Tuesday as investors expressed relief over this weekend's EU elections and US President Donald Trump's softer approach on trade in his meeting with Japan's prime minister. 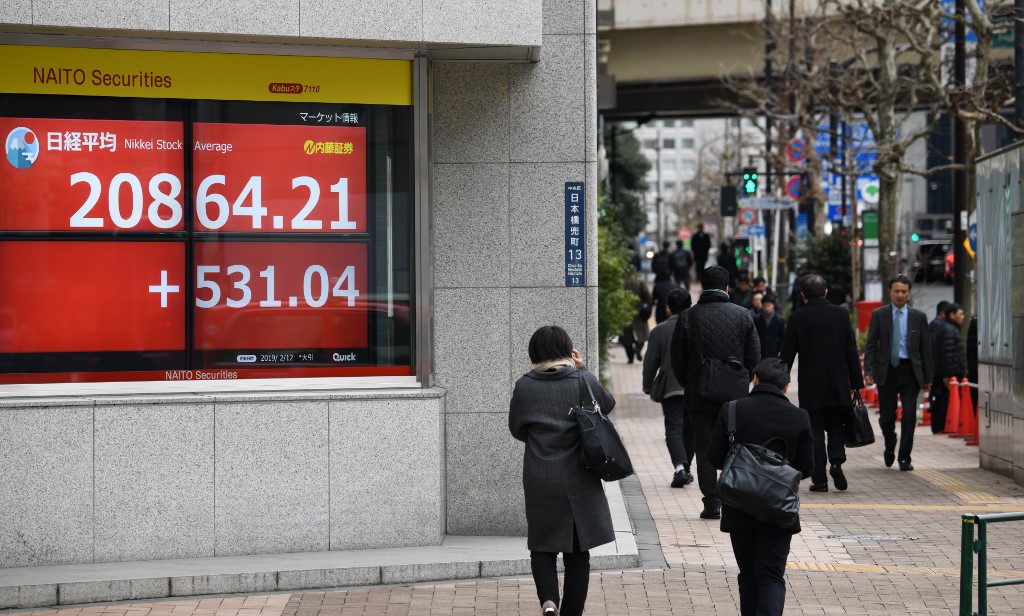 Pedestrians walk past the closing rate of the Tokyo Stock Exchange displayed in the window of a security company in Tokyo. (File photo: AFP)

Players searched for fresh incentives with the US and UK markets closed for holidays on Monday.

But other European shares finished higher overnight with centrists keeping control of the European parliament in the elections, leading to the Tokyo market's solid open.

During the Japan-US summit on Monday, Trump said a deal would be struck in August over trade issues.

"His reference to this specific time frame prompted caution," Okasan Online Securities said in a commentary.

"But (Trump) was considerate of Japan's summer election. His friendly ties with Prime Minister (Shinzo) Abe have been maintained," the firm said.

"His visit to Japan is seen as boosting Prime Minister Abe's support, which is positive for the market," Okasan said.

In Tokyo, Nissan jumped 2.31 percent to 765.1 yen after its European partner Renault said it would study "with interest" a 50-50 merger proposal from Fiat Chrysler, a deal that could reshape the industry.